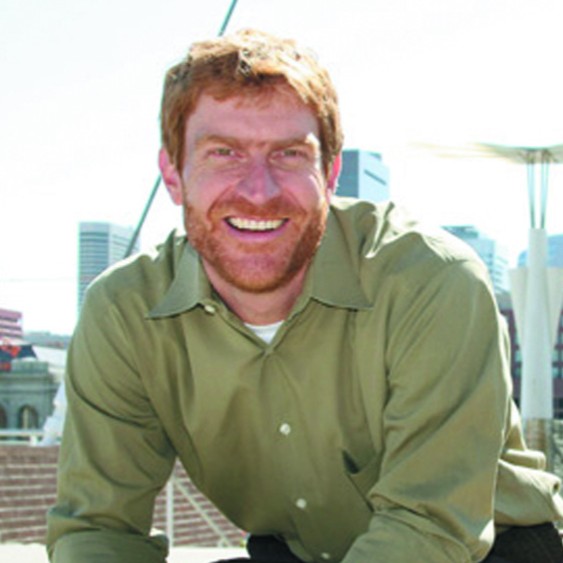 “We are all interconnected, especially in a warming world,” says Pete Maysmith, executive director of Conservation Colorado. We don’t have enough of a recognition, he says, about the impact of using Colorado’s water to keep LA’s lawns green. “At the same time, how we grow in metro Denver, and whether we have sprawl, that matters as much to Los Angeles as it matters to us how water is used in California.”

Pete sees climate change as the defining issue of our time, and it can’t be addressed in isolation. “We can’t look at these challenges city-by-city, state-by-state, country-by-country,” he tells us. “We have to look at it holistically. If we all do this together, we all win.”

Politics comes naturally to Pete, whose mother was active in the women’s movement and the peace movement and who raised her son to understand that people working together can effect change. He followed that vision of social progress to Washington, but ultimately came back to his home state to protect what makes it special—the land, the climate and the water.

“What’s the old saying?” Pete asks. “Whiskey is for drinking and water is for fighting.” It’s no joke. Like much of the West, Colorado is in a drought. It’s more than an environmental issue. Without real water conservation, Pete warns, streams and rivers will dry out and the impact on the state’s economy will be severe. “Skiing, fishing, hunting—these are major economic drivers,” he says. “They create jobs and they provide revenue to the state.” But it’s more than that.

Public land is at the core of Colorado’s history and identity. “It is our soul,” Pete says. “If we don’t protect these spaces, then we’re turning back on our legacy for our kids and grandkids.” And not just in Colorado, or California. But in the whole interconnected world.

Pete received his degree in Public Policy from Duke University in 1991 and graduated with honors from the University of Denver School of Law in 2008. Over the course of his 25 year career in advocacy and politics, Pete has run state organizations and served on the senior staff of national organizations. In those capacities he has lobbied, organized, run campaigns, raised millions of dollars, and hired and trained hundreds of exceptional staff. After working for a number of years in Washington D.C., Pete moved back to his home state of Colorado in 1996. He lives in Denver with his wife and two red haired daughters. He loves to run, cook, and read whenever he can find the time.