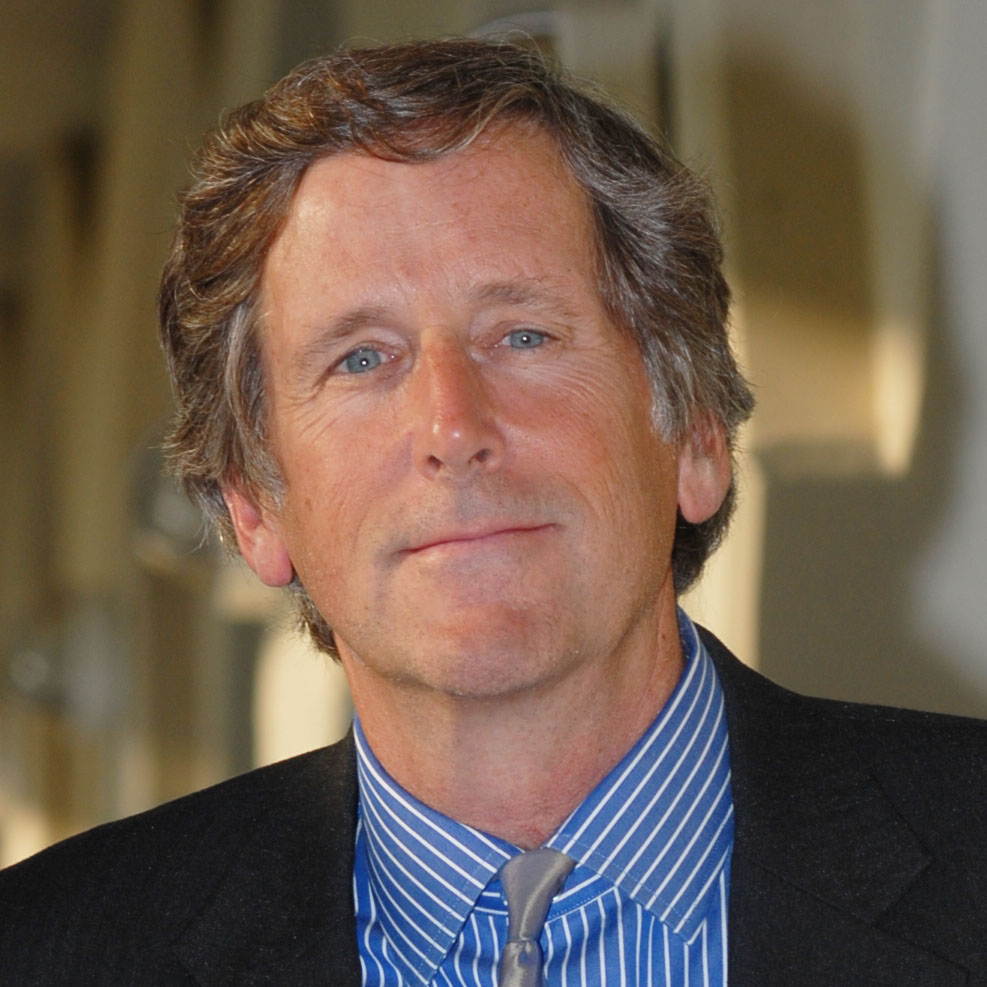 Joel Reynolds has been fighting to protect the environment for the better part of four decades, and we can thank him and his colleagues at the Natural Resources Defense Council for dozens of conservation projects and protected spaces throughout the West.

Joel is especially proud of his work protecting the San Ignacio Lagoon in Mexico, a World Heritage site and Biosphere Reserve that was in danger of becoming the world’s largest industrial salt plant. Every year, gray whales migrate 10,000 miles round trip from the Arctic Circle to the Lagoon, where the 40-ton giants allow visitors to reach out and touch them. Mitsubishi Corporation and the Mexican government had other plans for this magical place—they wanted to bulldoze and industrialize 116 square miles around the lagoon. “Although considered at the outset a hopeless effort, we ultimately succeeded, through a range of campaign strategies, in persuading them to back down,” Reynolds tells us. To prevent future industrialization or other development, the NRDC and its Mexican coalition partners have since won protection for 150 miles of lagoon coastline and acquired conservation easements or other legal protections on hundreds of thousands of acres around the lagoon.

A veteran lawyer who has argued before the Supreme Court, Joel is a big believer in the power of litigation to protect the environment, but broad-based campaigns are in some cases more effective, he says. “You can win a lawsuit (or several) and still lose the war — and that can be pretty tiresome.”

Some campaigns are more protracted than others. Reynolds has been fighting for over 20 years to save the California State Park at California’s San Onofre State Beach, home to Trestles, one of the most prized surfing spots in the United States. It’s one of California’s most popular state parks and home to eleven threatened or endangered species, but Orange County transportation planners have long seen it as ground zero for a six-lane toll road for commuters. Reynold and a diverse coalition of dedicated advocates are not going to let that happen. “It would require that 60 percent of the park be closed, it would contaminate the watershed, and it would degrade a world-renowned surfing beach,” he says. “It’s not a toll road through a state park; it’s a toll road instead of a state park.” San Onofre is a gem that draws 2.5 million visitors a year from the surrounding urban expanse of the Southern California metroplex. After twenty years of litigation, administrative advocacy, and citizen action, it may finally be safe.

Using negotiation, another effective tactic, Reynolds was able to conserve one of the largest private landholdings in California, called the Tejon Ranch. Located on 270,000 acres at the southern end of the San Joaquin Valley, it connects the southern Sierra Nevada, the Mojave Desert, and the Coastal Range. After two years of negotiation, an agreement was reached to preserve 90 percent of the Ranch, create a Conservancy to manage the 240,000 acres of conserved land, and guarantee public access. “As an alternative to serial litigation, one project at a time,” says Reynolds, “this approach allowed us to get to work immediately on conservation, working to protect a vast landscape of open space, a diversity of massive oak trees, and habitat for the endangered California condor and countless other species.”

Reynolds’ work isn’t limited to open spaces. “LA is a perfect urban center that has been undermined by ‘sprawl,’” he tells us. “One of the great ironies in Los Angeles is that we live in a desert. We import our water, use it once, then dump it off our coast — hundreds of millions of gallons a day of our most precious resource.” Transportation is another area where the region has been almost defiantly regressive. Stacking freeways on top of freeways, prioritizing automobiles over pedestrians, in an urban environment increasingly plagued by the sense that “you can’t get there from here.” But the city’s residents and their elected leaders are beginning to think more sustainably, expanding light rail, subways, and bike lanes. “It’s a golden age in Los Angeles for rapid transit construction,” declares Reynolds.

The struggles of one metropolis are not disconnected from the rest of the planet, which is why it’s so important for us to work together—particularly in this part of the country. “The West has exceptional natural resources that need protection, that haven’t been destroyed or consumed yet, but are likely to be unless we act now to prevent it,” Reynolds says. “There’s an opportunity and a need. When we grind up our disappearing open spaces and degrade our natural resources, we are impoverishing our children and grandchildren.”

Clean water and clean air are essential, but we need more. Without open space, we risk losing our humanity and even our sanity. “People need wild places to get away,” says Reynolds. “They connect us to our roots, provide us with recreation and solitude, and an appreciation for nature undisturbed by human intrusion.” Open spaces allow us to step out of the concrete jungle and into sand and surf, to connect with 40-ton gray whales, and to understand in a fundamental way our place in the world. Thanks to champions like Joel Reynolds, we can do just that.