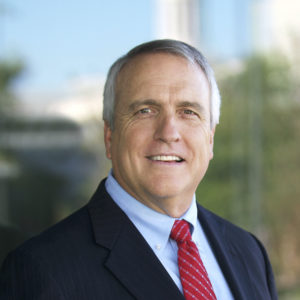 Lots of politicians talk about creating clean energy jobs. Gov. Bill Ritter got it done. As Colorado’s governor during the Great Recession, he showed that you could hold onto your ideals and aspirations while addressing the urgent needs of your people.

“I signed 57 pieces of legislation,” he told us. “I had a great cabinet—people who believed in the ability to develop a new energy economy and create jobs.” Today, Colorado’s rapidly growing wind and solar energy industries employ more than 11,000 people. That’s thanks in no small part to Ritter’s vision of a clean energy economy.

“Energy efficiency is a great example of how to create jobs,” he explains. By flattening demand and setting goals for renewable energy usage, Colorado gave a boost to the nascent renewable market. “Wind has taken off,” he says, excitedly, noting that wind turbine plants in Colorado employ thousands of people. “We grew the solar industry faster than any other state, which is interesting, because it was in context of great recession. And even though China managed to monopolize the solar panel market, solar installation is still growing.” Those are jobs that cannot be outsourced, and are fueled by the drive toward clean energy. 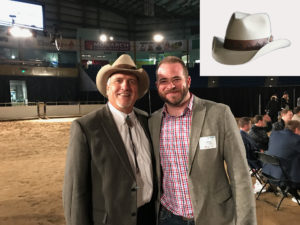 Ritter put himself through college and law school working construction, like his dad, and he knows how to bridge the divide between the environmental movement and industries that create much needed jobs. Like many Coloradoans, he has an inborn appreciation for the state’s natural splendor, a point of connection for people who might disagree about everything else. “For the longest time we were butting heads with no search for common ground or how you might work on solutions with a single purpose in mind,” Ritter told us.

He has continued that effort in the West, frank conversations with governors and elected leaders have helped set aside partisan disputes. “There’s a desire to find out how we as a region or individually as states can deal with these problems,” he told us. “It’s heartening to know there’s that kind of constructive conversation despite what might be happening at the political or national level.” Agreed.

Ritter’s conservation work has also taken him abroad. He was part of an international delegation that was asked by the Vatican to give input ahead of Pope Francis’ historic encyclical on the environment. “The pope is one of the most significant moral figures in the world and he sees this as a social justice issue,” says Ritter. “He has a worldview that says this isn’t just about environmental degradation, but the need to address the economic systems that fail to deliver equality. The solutions to the problems of environmental degradation and economic equality go hand in hand.”

That connection between social, economic and environmental justice is something Bill Ritter has demonstrated as a private citizen, a productive governor, and an advocate for progress. We thank him for his leadership.