The United States is home to 9.2 million wild and domesticated horses.

Upwards of 50,000 of these horses are Mustangs – wild horses descended from domesticated breeds brought to North America by Spanish settlers in the 1500s. These wild horses have since become a symbol for freedom and independence in the American West.

In the 1930s, concern that Mustangs were competing with ranching and farming interests led to a steep decline in the wild horse population. However, the cruel methods used to control the population were brought to light and in 1971 Congress passed the Wild and Free-Roaming Horse and Burros Act. Under this law, the Bureau of Land Management is charged with the protection, management, and study of wild horses and burros living on public lands. The BLM still manages the population of wild horses today.

Are horses in the West at risk? 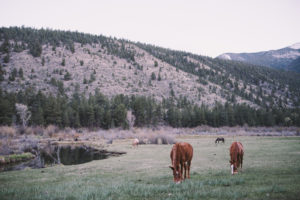 To put it simply, yes. To thrive, horses need several acres of land for running, access to high quality forage, and the company of other horses. But as development continues to encroach on open space across the American West, the lives and habitats of thousands of Mustangs are becoming increasingly threatened. This loss of habitat puts the entire population of horses at risk and may lead to their endangerment in the years to come.

With less space to roam, horses are forced to share water, food, and territory, creating an overpopulation effect and a severe burden on the environment. Streams become contaminated, fields go bare, and the health and happiness of these beautiful creatures decline as food becomes scarce.

So wait, are there too many horses or not enough?

Well, the answer is both. The Bureau of Land Management uses an algorithm to determine what they call the “Appropriate Management Level,” and estimates that there are 13,000 more wild horses roaming the West than the environment can handle.

As one BLM official put it, “Our purpose is to balance the use of the land for many animals… The wild horses share the land with livestock and other wildlife.”

These are the herd areas, spread across 10 states, where the BLM manages horses:

If nothing is done to control the population, BLM says, the land will become unable to sustain life and Mustangs across the West – and countless other wildlife – will quickly become endangered. In this way, we are at risk for not having enough wild horses.

Not everyone agrees with BLM’s assessment however (more on that later).

So how do we keep the environment in balance?

This is no easy task. The Bureau of Land Management has attempted to manage the Mustang population in a number of ways. Every year, the BLM rounds up and captures thousands of wild horses. Some are examined, given birth control, and re-released into the wild, while others are set aside for adoption or retirement. For many horses, adoption is a difficult feat — wild horses are not used to human interaction and are not easily trained. Additionally, their heightened fight-or-flight response means these animals experience incredible stress under capture, making them even less likely to be adopted.

Everyone agrees that current attempts to control the Mustang population aren’t working. For one thing, people aren’t adopting them. Over 45,000 wild horses and burros are currently living in holding facilities under the care of the Bureau of Land Management — to the tune of $49 million annually. And despite these efforts to remove horses from the herd, the Mustang population is doubling in size every four years.

So, not only is the practice of rounding up these horses expensive, it is ineffective. Which begs the question: What can be done? 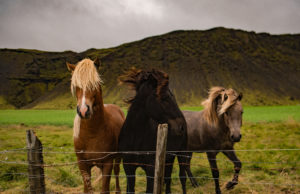 In a controversial move, the Bureau of Land Management decided in September 2016 to euthanize the 45,000 horses and burros under its care. Its stated goal was to free up budget to explore other population control methods. The move was met with outrage from activists and the public, and the BLM quickly reversed its recommendation.

An alternative to euthanization is birth control. In 2015, BLM announced a research project to explore possible sterilization and fertility control procedures in wild horses. The sterilization element of that project, which would entail dangerous, untested surgery on over 200 wild horses in captivity, was similarly scrapped after public outcry.

Now, efforts are focused on perfecting a vaccine. The most commonly used fertility vaccine today, porcine zona pellucida, must be administered to female horses annually, making it difficult to administer consistently. But other vaccines, like GonaCon, which would potentially sterilize male horses, may lead to a long-term solution. These vaccines are still in testing, and it is yet unknown how these medical interventions will affect horses’ individual behaviors and the overall horse population. If these hormonal vaccines change the nature of these wild horses, most likely they too will be met with resistance.

There appears to be little interest in research, and little budget to care for these animals. Meanwhile the population continues to grow, putting a strain on the environment and the horses themselves.

What about letting nature take its course?

Some advocates believe that the right thing to do is nothing at all. A report by the National Academy of Sciences suggests that the Bureau of Land Management “Appropriate Management Level” uses fuzzy math, and may not be an accurate representation of the needs of the land at all. And to take it even further, the report suggests that BLM’s efforts have actually encouraged population growth – just the opposite of what they are trying to achieve. 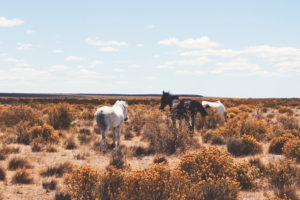 “Free-ranging horse populations are growing at high rates because BLM’s removals hold populations below levels affected by food limits,” the report’s authors note. “If population density were to increase to the point that there was not enough forage available, it could result in fewer pregnancies and births and lower young-to-female ratios and survival rates. Decreased competition for forage through removals may instead allow population growth, which then drives the need to remove more animals.”

All of this to mean that letting the horses adapt to the shortages of food mentioned in previous cards may actually be a viable option for the animals and their surrounding environment.

Of course, no one wants to watch America’s beloved symbols of independence starve in the name of ecological balance.

Regardless of the Bureau of Land Management’s methods, preserving as much open space as possible is key to the health and happiness of wild and domesticated horses alike. The same public land where wild horses roam is also the grazing land for many horses and cattle managed by private ranchers. That means that land preservation isn’t just good for the animals — it is vital to the $102 billion equine industry. 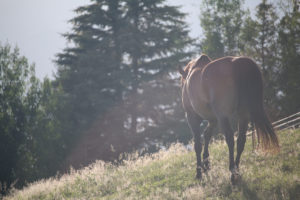 In a balanced ecosystem, horses are excellent for the environment. Horses with access to large tracts of land are able to graze on a variety of plant life, encouraging biodiversity by controlling overgrowth and spreading seed as they travel. If we can preserve enough land for horses to roam and live freely, that will play a big part in maintaining a balanced ecosystem.

One great way to ensure that open space is preserved is to get private landowners involved. Conservation easement is one method to encourage sustainability. It’s a legal agreement between a landowner and a conservation organization or government agency that limits land use in the name of preserving open space for public benefit. For many farmers and ranchers, it is in their best economic interest to preserve their land for the many animals who need it.

Why do we care so much about this at STW?

Saving the West was founded on the idea that preservation of the West is intrinsically tied to cultural and environmental conservation, and that both are currently under threat by unchecked development. We believe we need to preserve our natural resources, including the animals that roam the vast and beautiful wilds of this region. Conserving land for horses prevents it from being paved over and developed, and ensures that life remains on open space.

These animals are symbols of the West that represent the freedom and independence that come with the territory, just as much as ranches and cowboys do. And if we want to save the West, we need to protect the land and those that live on it. 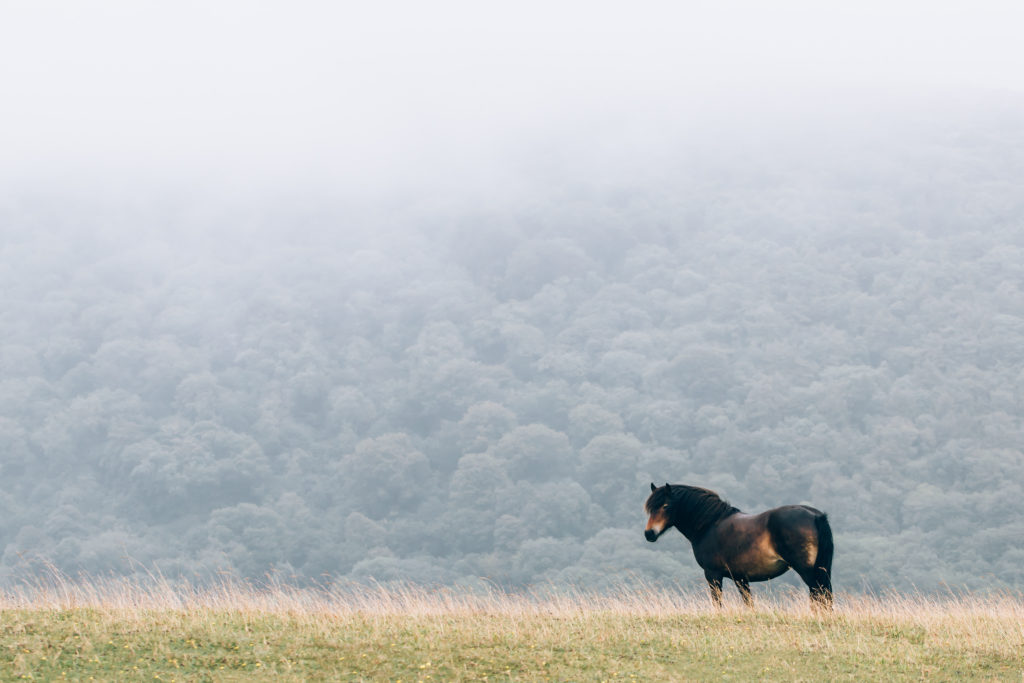