In the early part of 2017, Rep. Jason Chaffetz of Utah proposed a bill that would transfer three million acres of federal land back to several states. The bill was met with backlash from conservationists, liberal and conservative alike, and subsequently withdrawn. His action however opened up a larger debate about government stewardship and the threat of privatization of public land.

Saving the West was founded on the principles of bridging divides and working together. But for us, there are some issues that we won’t compromise on — selling public lands is one of them.

We’ve created a set of explainer cards that will get you up to speed on this issue so you can make up your own mind. We hope you agree that this is a fight worth having. Dig in, get smart and join the fight to defend public lands from private hands.

What is federal land anyway?

Federal land refers simply to land owned by the federal government. As outlined in the Constitution, federal lands may include monuments, national parks, and nature preserves. 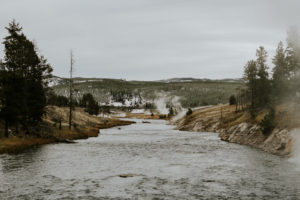 The federal government can impose restrictions on this land and place limits on its use.

What is a transfer of federal land?

A transfer of federal land is when the government agrees to sell federal land back to the state in which it is located. From there, the state can sell it to local communities, Native American tribes, or private buyers.

It sounds simple enough, but things can get complicated. States lack the resources of the federal government and often sell public lands to raise funds, which is why the transfer of federal lands to the states is often seen by conservationists as a passthrough to private developers. 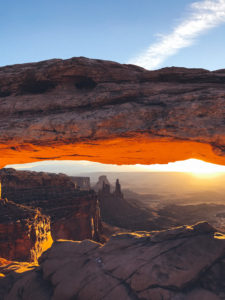 The idea of selling public lands is not exactly a new one. It was suggested during the Reagan administration and even more recently than that. In 2006, Former President George W. Bush proposed selling some federal lands (specifically, national parks that attract less than 10,000 visitors annually) to pay for Hurricane Katrina relief.

In early February, Utah legislators voted to ask President Donald Trump to undo that decision. Lawmakers in Utah claim that the state can better care for the monument than the federal government can. There has been significant opposition to this move by environmentalists and conservationists, who believe that caring for the monument would bankrupt the state.

For even more information, here’s a short video that explains the history of public lands and how they came to be:

Why should you care about transfers of federal land?

Federal lands have many uses. They are used for recreation, hunting, extraction industries and grazing. Delicate plant and animal ecosystems also depend on this land. If the land is given over to private interests for development or resource mining (oil and gas), entire species of plants or animals could be disrupted and become endangered or even extinct. Open lands are also important to the health of our species. Forests within these lands produce oxygen, and river and stream systems located within these lands give us natural sources of fresh water. 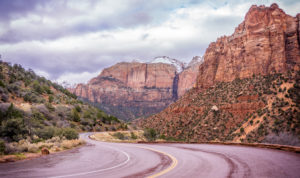 Who is pushing to take over federal land and why?

The idea behind transferring public land to private ownership is that it can increase the land’s productivity. Productivity of land is a broad term, but generally it means that the land uses its resources (natural and financial) wisely and to the best of its ability. Essentially, it depends on whether the land makes money.

Federal land transfers have been gaining political favor over recent years. Some congressmen feel that easing federal land transfers helps the community and can make the land more productive. Some have argued that the states know more about the land and its needs, so they are the best candidates to take control of it. House of Representatives Natural Resources Committee Chairman Rob Bishop is one such person. According to a spokesperson, he believes that “federal land is a burden to surrounding communities” and that the state can be enriched by taking back control of its land. He says that taking back these lands from the federal government would generate, “not only state and local income tax, but also federal income tax revenues, as well as reduce the need for other taxpayer-funded federal support…”

These positions are controversial because extraction companies, specifically the oil, gas, logging, and building industries, also really want the states to take over federal lands. These companies have a vested interest in the land use. If the government relinquished control over federal lands, the extraction companies could use their lobbying power to ensure that they have access to the once-untouchable lands for the mining of natural resources. 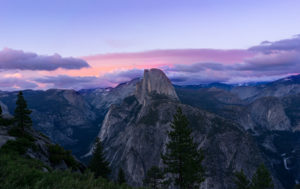 That may qualify as productive for some lawmakers and companies, but people who enjoy and depend on our public lands, and want them to endure for generations to come, see such actions as fundamentally destructive.

What has happened so far to make federal land transfers easier?

In January 2017, the House of Representatives changed how the value of Federal Public Land is calculated. Under this rule, federal land is treated as having no value.

However, in 2016, the Bureau of Land Management recovered $2 billion in revenue just from lease royalties. The new rule removes a crucial safeguard and makes it much easier for public land to become private property.

Not to mention the $2 Billion hole this would create in the BLM’s budget!

Who is fighting federal land transfers?

Polls show that Americans love public lands, and conservatives and liberals alike have united against the transfer of federal lands.

People are worried that by privatizing public lands, access to hunting, fishing, and camping will diminish. It has also been argued by opponents of federal land transfers that Americans will not have equal access to these lands if they are privatized. A private buyer could charge an entrance fee for camping or hunting or even decide to close the land to the public altogether. If a mining or logging company purchases the land in order to mine the resources, closing it to the public is a definite possibility. What once was free land for all to see and enjoy could be available only to the rich. 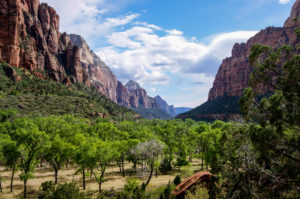 Finally, because of the collective interests of the extraction industries, everyone who opposes extraction of natural resources is opposed to the transfer of federal lands.

How is the Outdoor Industry Association involved? And do they only wear fleece?

The Outdoor Retailer Trade Show has been held twice a year in Salt Lake City, Utah, for more than two decades. The show estimates it brings about $50M in revenue to the state. But in 2017, the Outdoor Industry Association withdrew the show from Salt Lake City because of the governor of Utah’s wish to make two (currently) federal monuments state property (the aforementioned Bears Ears and Grand Staircase-Escalante). Legislators were not happy with the move and referred to it as an “ultimatum.”

The Outdoor Industry Association (OIA) represents more than 1,200 brands, both large and small, including Patagonia, The North Face, REI and Black Diamond. The OIA’s decision to pull the highly profitable show from the state was meant to send an economically-motivated message to Utah lawmakers.

Lawmakers insist that they want to give the Bears Ears monument back to the state, and more specifically, give Native American tribes that reside in the area a bigger role in maintaining the monument. The OIA’s position is that the federal government should continue to claim the monument as national property for all to enjoy.