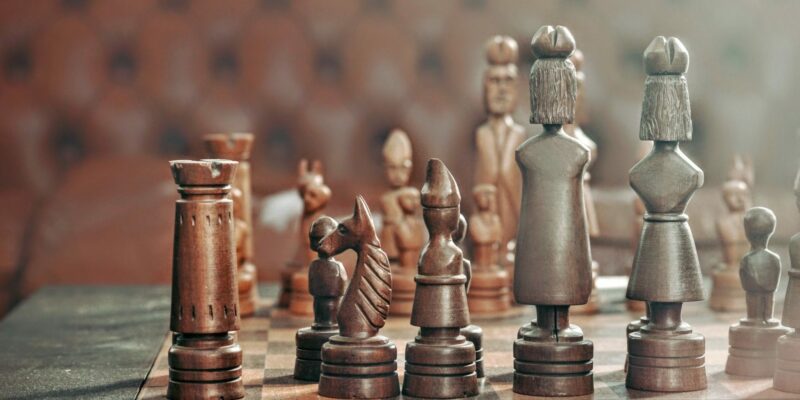 Queen of Katwe brings to light the importance of interconnectedness

The critically acclaimed Queen of Katwe tells the story of a girl from a slum in Uganda who, with the help of a mentor, became a chess Grandmaster. The film explores the power of mentorship, which as this Huffington Post article mentions, can also be found closer to home in Los Angeles at the Ed Center. Run by our partner here at Saving the West, Durón Sylvester, the Ed Center mentors underprivileged children and operates on a principle of interconnectedness, whether across cultural or geographic lines.

Learn more about this community program and the power of coming together:

Based on the 2012 book, Queen of Katwe: A Story of Life, Chess, and One Extraordinary Girl’s Dream of Becoming a Grandmaster by Tim Crothers – Katwe is described as the largest of eight slums in Kampala, Uganda and “one of the worst places on earth.” Raw human sewage is dumped directly into Katwe and there is no sanitation service. Wild animals run the streets, and makeshift shacks are what many children and their families call home until flood season.

How many other chess champions, performance athletes, and academic scholars may be hidden away like diamonds in the rough throughout neighborhood communities across the U.S. and abroad?

The Power of Mentorship. When Phiona first learns to play chess she is mentored by a girl less than half her age. Students can compare and contrast what they see in the film, with what’s happening in education – especially as it relates to impoverished communities across the globe. While the children of Katwe first join Coach Katende for free daily porridge, they stay because they are given encouragement, aspiration, and a set of operating instructions (spiritual and emotional) for navigating life’s struggles. The beauty of the story is how those life skills are taught through strategically placed pieces across a chess board.

We’re All Connected. Imagine if kids from inner-city schools in Los Angeles, Baltimore, Philadelphia and New York were asked to identify with their peers in places like Katwe. Same goes for the educators and mentors working with them.

For example, at a newly launched after-school education center in Los Angeles (The Education Center, Crenshaw/West Adams) you can find some students doing calculus level math as early as the 6th grade, and taking trips to local universities for summer instruction to plant the seed toward higher education. These children are also enclosed within a community where one third of the youth from the neighborhood are living below the poverty line, and a quarter of the adults never finished high school. Queen of Katwe reminds us that even those with very little means can access opportunities and supportive mentors so as to rise beyond the confines of their immediate environments.