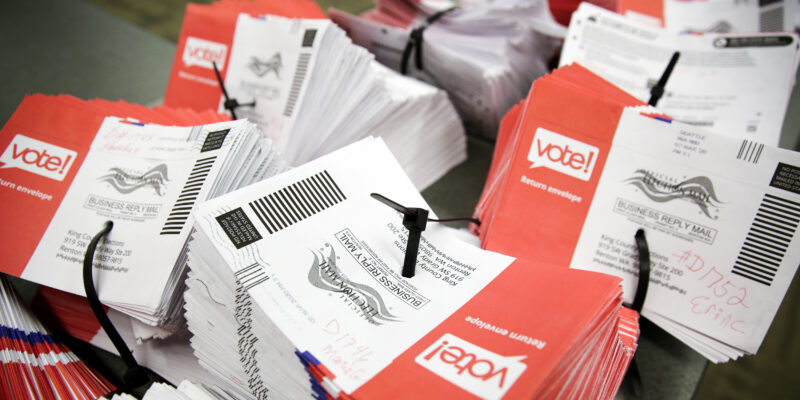 As COVID-19 closes most in-person polling locations, will states be able to scale up in time?

While the rest of the US debates the pros and cons of vote by mail, the majority of voters in Western states — red and blue — are already doing it. “In 2018, 69% of votes in the West were cast by mail” compared “to just 27% in the rest of the nation,” according to Vote at Home, a non-partisan advocacy group. One of they keys to the success of vote by mail in the West: “Locally elected county clerks, some elected on a partisan basis, others on a nonpartisan basis, have been at the vanguard of this approach to elections.”