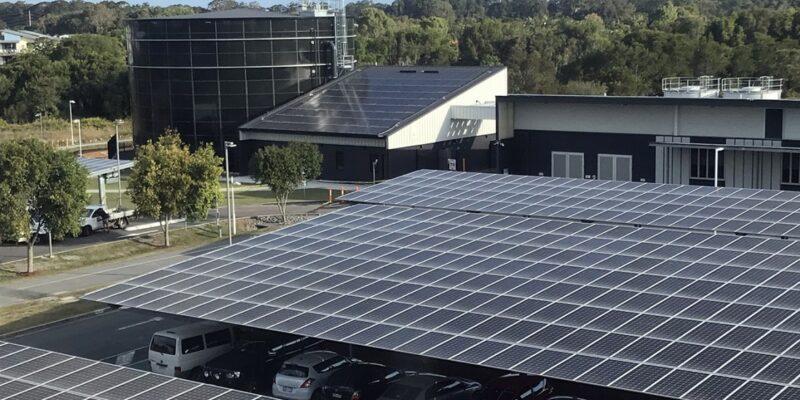 A giant water battery that stands three-stories high will help The University of the Sunshine Coast in Australia reach its goal to be carbon neutral by 2025.

The Queensland university’s ambitious target date got a boon from the success of the experimental battery, which was turned on in September and now generates enough power to power the campus’ air conditioning system, reducing dependence on the grid by 40 percent, as New Atlas reported.

The giant battery harnesses power from over 6,000 solar panels that line the rooftops of the campus’s buildings. It then uses that power to cool water, which is then used in the school’s air conditioning system. The battery is expected to save $100 million electricity costs over the next 25 years and to prevent 100,000 tons of CO2 from being emitted into the atmosphere, according to the Sydney Morning Herald.

The University of the Sunshine Coast partnered with the resource management company Veolia to create the enormous battery. Veolia, a French transnational company that specializes in water and energy management funded and engineered the battery. Veolia and the university wanted to take advantage of the regions abundant sunshine and to cut down on the air conditioning systems’ outsized reliance on the grid, as New Atlas reported.

The project was awarded the Out of the Box category of the Global District Energy Climate Awards last week, as the Sydney Morning Herald reported.