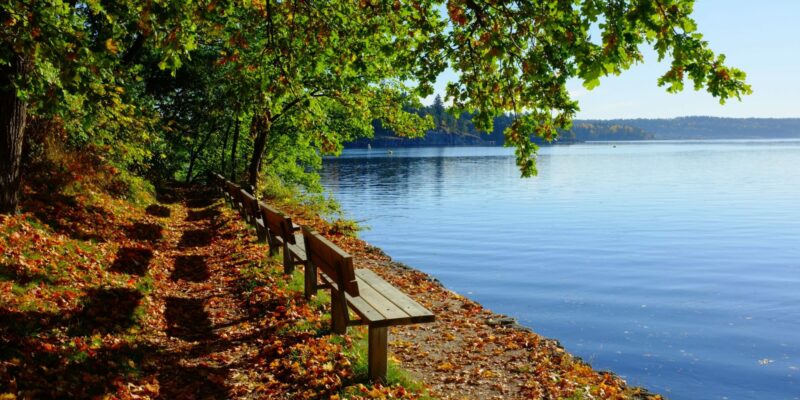 A California lake is being replenished with treated wastewater

Lake Mission Viejo in California was losing 500,000 gallons of water a day to evaporation, something that a state in a drought cannot afford. To fix this issue, the city and water district decided to replenish the lake with treated wastewater rather than drinking water, as is the standard.

Learn more about this transformation that will save 114 million gallons of drinking water per year:

The transformation of Lake Mission Viejo into the first recreational lake in California to be fed with highly treated wastewater instead of drinking water is expected to start in mid-November.

On Monday, city, state and water district officials converged at the 124-acre man-made lake to celebrate the dedication of the project that will fill the lake with advanced purified water that experts say will be safe for swimmers and the lake’s fish.

The project, which is going through final checks and maintenance, will save 114 million gallons of drinking water a year for residents in south Orange County, officials said.

The project has been a collaboration among the city, Santa Margarita Water District and the Lake Mission Viejo Association. It was started in February and took nine months to complete – about half the time usually required for projects of its size, officials said.

“This releases a substantial amount of potable water used for drinking water,” said Fran Spivey-Weber, vice chairwoman of the State Water Resources Control Board. “This project will maintain the lake level and amenities for what is a strong centerpiece.”

The lake, surrounded by homes and condominiums, opened in 1978 for recreation. It’s used for swimming, fishing, boat rental and other activities by Lake Mission Viejo Association members.

However, the lake loses roughly 500,000 gallons of water a day to evaporation and seepage, about what three of four families would use in an entire year.

Spurred by the drought and public pressure, Santa Margarita last year proposed the plan to replenish the man-made lake with advanced purified water.

The treatment method is similar to one used by the Orange County Water District’s Groundwater Replenishment System facility in Fountain Valley. There, wastewater is treated in a process that includes filtration tanks, reverse osmosis and ultraviolet light, making it safe enough to supply underground drinking water in north and central Orange County.

The city of Mission Viejo loaned the water district $3 million for the project and also provided a $1 million grant to help the water district build a new facility to purify recycled water at the pumping station across the street from the lake.

In return, the city will secure enough recycled water to irrigate about 80 percent of its parks, medians and slopes for the next 25 years at a discount price, officials said.

Last week, Santa Margarita conducted tests with the purification system to make sure the system has the capability to run automatically. The advanced purified water will be injected into the lake gradually, beginning in about six weeks, said Don Bunts, deputy general manager with the Santa Margarita district.