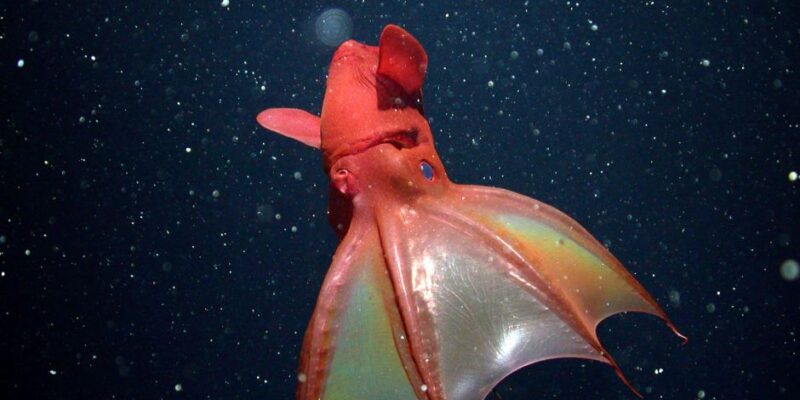 Is the Vampire Squid Real?

Believe it or not, the vampire squid is, indeed, a real creature! In fact, it’s a small and adorably-weird cephalopod that lives in the deep sea and despite its common name, it’s not actually a true squid (or a vampire—just in case you were still wondering). Rather, it is the sole member of its own order—Vampyromorphida—and its Latin name, Vampyroteuthis infernalis, literally translates to “vampire squid from hell.” While it may sound pretty scary, humans have nothing to fear from the vampire squid.

Similar to “actual” vampires, vampire squid love the darkness of the deep, cold ocean and are able to survive with very little oxygen (as little as 3% oxygen saturation!). But you’d be wrong to suppose they drink blood. Instead, they use their beaks (no fangs here) to eat something referred to as “marine snow,” which is comprised of dead plankton, dead and decaying animal carcasses, fecal matter and other teeny tiny particles of organic matter.