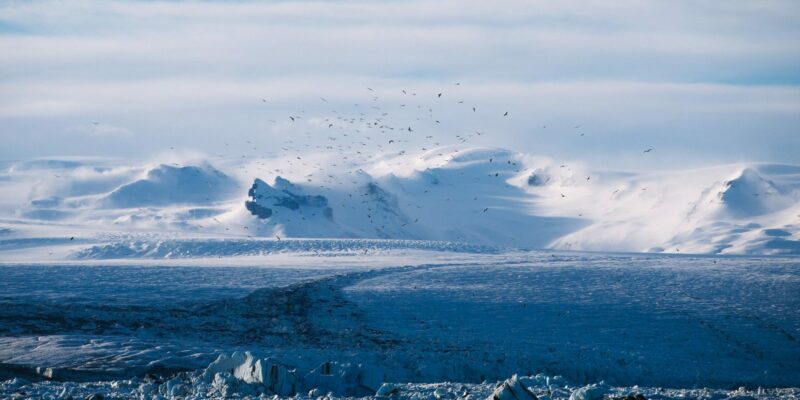 Tropical Diseases Are Making Their Way Up To The Arctic

Pathogens are migrating due to climate change

Diseases that used to only occur in warmer climates are moving north. Ticks with Lyme disease are showing up in Sweden, Zika is moving towards the U.S., and the killer Vibrio bacteria is even appearing in the Arctic circle. All of this is due to rising temperatures caused by climate change, and the worrying part is that the migratory patterns of microbes aren’t easy to predict.

Scientists are conducting more research on the worrying trend:

It’s no secret that climate change can spread illnesses such as West Nile virus, Zika, and malaria, as rising temperatures push disease-carrying mosquitoes into new places, from the highlands of Ethiopia to the United States. But warm temperatures and shifting weather patterns work in subtle ways, too. Changes in precipitation, wind, or heat are shifting the threat posed by other human illnesses, from cholera to a rare freshwater brain-eating amoeba to rodent-driven infections like hantavirus. And the importance of all these changes are only growing more significant.

“Probably almost everybody is going to feel this at some point in their life,” says Stanley Maloy, a microbiologist and dean of the College of Sciences at San Diego State University. “It may be transmission of a mosquito-borne disease in a place it didn’t used to be. It may be a simple case of salmonella. But it’s going to affect us all.”

While much attention has been paid to the direct physical threats from climate change, such as rising seas and searing drought, scientists are really only beginning to understand many of the potential disease implications. … Evidence suggests, for example, that moisture changes could alter the spread of the soil-borne fungi that give rise to the American Southwest’s flu-like valley fever, but scientists can’t yet say for sure. Infections that aerosolize, like tuberculosis, can linger longer and perhaps be transported easier in regions of the world projected to become more humid. New research suggests the spread of blood-sucking kissing bugs that contain parasites that carry Chagas Disease may well help that affliction spread into North America. Already millions of people worldwide, mostly in South America, suffer from chronic Chagas, which can lead to life-threatening heart damage and stroke.