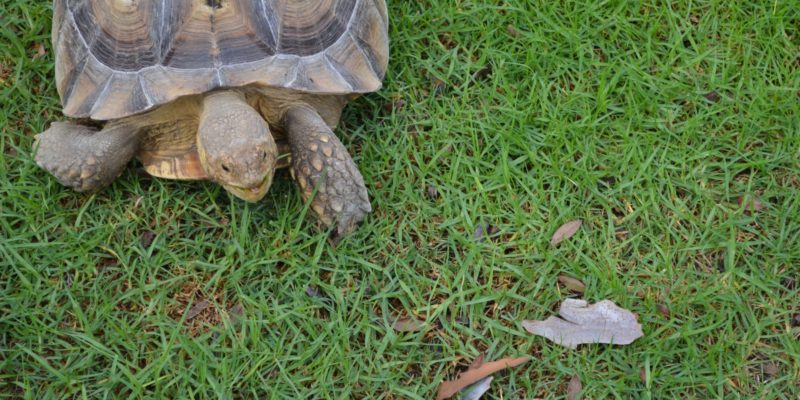 Scientists found a large of amount of carcasses belonging to female tortoises in Joshua Tree National Park that have led them to hypothesize that the female members of the species died by using precious resources during the five-year drought in order to lay eggs. One researcher calls it an “evolutionary gamble” since he believes the mothers hoped they could pass on their genes and their offspring may have a better chance at life.

More details on this heartbreaking theory:

U.S. Geological Survey biologist Jeffrey Lovich, who has monitored tortoises in and around the park for two decades, said the potentially lethal response to prolonged drought may become more common throughout the Southern California desert as temperatures rise and forage diminishes.

“This is still a hypothesis,” Lovich said on Monday, “but I believe these tortoises died after continuing to lay clutches of four eggs the size of ping pong balls year after year, using up vital resources they need to survive.” …  The find has stepped up concerns over the fate of tortoises within the nearly 800,000-acre national park, which recent rains made into a showcase of habitat, lush with plants and flowers for the lumbering reptiles to fatten up on. …

“We’re at a point now where we expect tortoises to disappear in certain areas because there aren’t enough of them around to find a mate,” [Michael Vamstad, a wildlife ecologist at the park,] said. “But we believe there will also be pockets with the right combinations of air temperature, moisture and forage to sustain tortoises for years to come.”