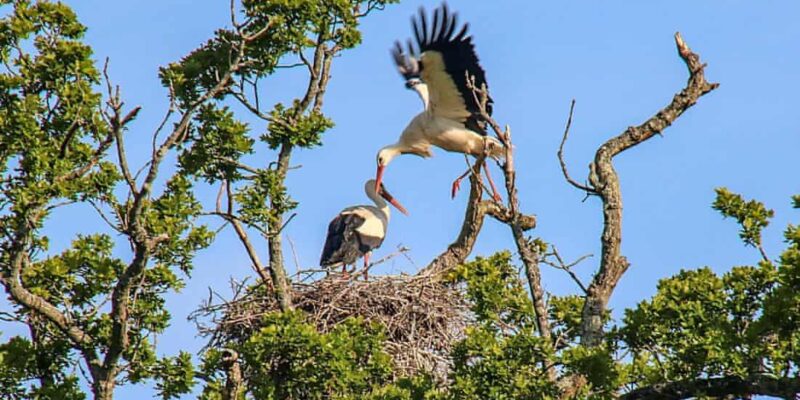 The Stork Delivered a Stork

For the “first time in hundreds of years” white stork chicks have hatched in the wild in the United Kingdom, the appropriately name White Stork Project announced earlier this month. “These are early days for the chicks, and we will be monitoring them closely, but we have great hopes for them. This is just one step towards establishing this species in the south of England.” The White Stork Project — a partnerships of landowners and conservationists in South East England — hopes to restore the stork population to 50 breeding pairs by then end of the decade.