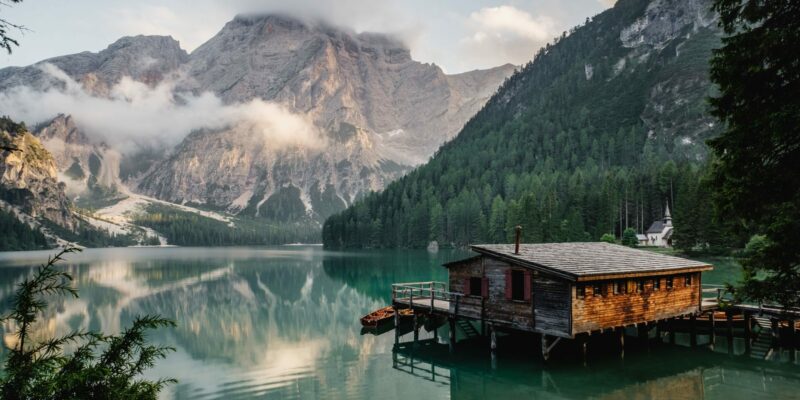 To address both the need for more housing and the lack of space in urban areas, architects have started developing floating houses in different cities around the world, including London and Amsterdam. These houses aren’t affected by flooding, don’t contribute to overcrowding, and actually increase the biodiversity in the water around them.

Here is what the future holds for floating houses:

The amphibious house was developed as a prototype by Baca and Floating Homes, a manufacturer specialising in flood-resilient housing, in response to a competition launched last year to find a solution to London’s housing crisis.

The house is intended to be practical, affordable (a two-bed unit will sell for £200,000) and equipped to deal with floods, by rising with the water levels. Ultimately the company wants to unlock redundant waterways by building on “bluespace” sites – manmade docks, canals and marinas – across London.

“Architecture can only respond to overpopulation by addressing the questions of density, economy and speed of construction,” says de Rijke, “The space of large rivers in urban areas can offer answers to these questions.”

Architects and city planners across the world are starting to look beyond the traditional confines of the city, towards building on water as one of the answers to reducing inner-city population density and also developing flood-resilient designs. Global damage to cities from flooding could amount to $1tn a year by 2050 if no action is taken, according to a World Bank report.

Some cities are further ahead than others. IJBurg is a collection of floating houses built on six artificial islands on IJ Lake in Amsterdam, designed by Marlies Rohmer. It was conceived to deal with the city’s critical housing shortage problem as well as its vulnerability to flooding – more than half of the Netherlands is at or below sea level.

Lucy Bullivant, adjunct professor of history and theory of urban design at Syracuse University, thinks there are greater environmental consequences building on land – such as the tendency to be more car focused – than on rivers. “Floating designs will create a good anchor point for plants to help foster biodiversity and create habitats for fish and birds.”

According to the research project, the underwater footage “revealed the existence of a dynamic and diverse aquatic habitat in the vicinity of these structures, showing that floating structures can have a positive effect on the aquatic environment”.