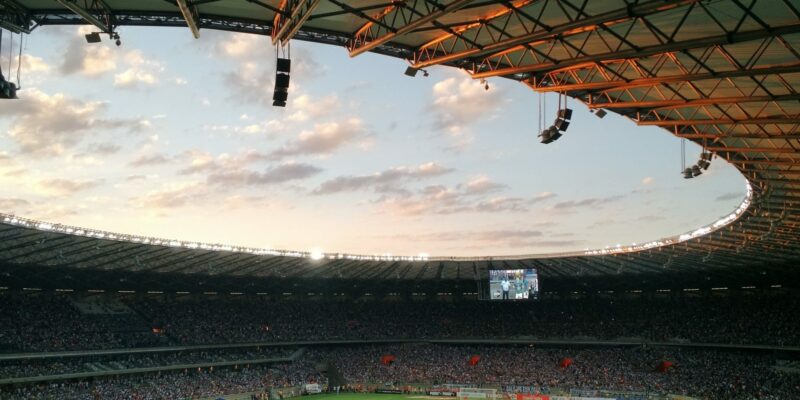 Sustainable Sports Stadiums Could Be Game-Changers

A new D.C. soccer field serves as a model

Washington D.C.’s new soccer field could offer an example of using sustainable solutions that are not only better for the environment but also relieve some of the stress on city funds by lowering energy costs and allowing private clean energy financing deal to cover part of the funds (as most sports stadiums are funded publicly by the city).

The sustainable features of the stadium include solar panels that will generate a third of the energy:

The District’s Major League Soccer team, D.C. United, broke ground on a new 20,000-seat stadium, Audi Field, earlier this year in the Buzzard Point neighborhood, buoyed in part by a $25 million private clean energy financing deal. The $120 million project, which also relies on a $95 million loan from Goldman Sachs, will include a 884-kilowatt solar array, a stormwater retention system, and a variety of smaller energy and water efficient technologies.

This isn’t just a green version of window dressing: the solar arrays, which will be installed by local firm New Columbia Solar, will provide roughly one million kilowatt hours of solar power each year, enough to cover roughly a third of the stadium’s projected energy bill. In addition, the other green retrofits will cut energy use by a quarter and decrease carbon emissions by 820 metric tons, the same as taking 173 cars off the road. D.C. United will save an estimated $125,000 annually on utility bills.

The $25 million in green funding comes from the Department of Energy and Environment’s Property Assessed Clean Energy program, a key part of D.C.’s efforts to cuts its energy use in half by 2032 while increasing its use of renewable power by 50 percent. Overseen by locally-based EagleBank, the deal is nation’s largest single PACE note, and the first for a stadium. In short, the program allows the property to receive a special, more favorable assessment that helps them secure a more favorable, long-term financing deal.