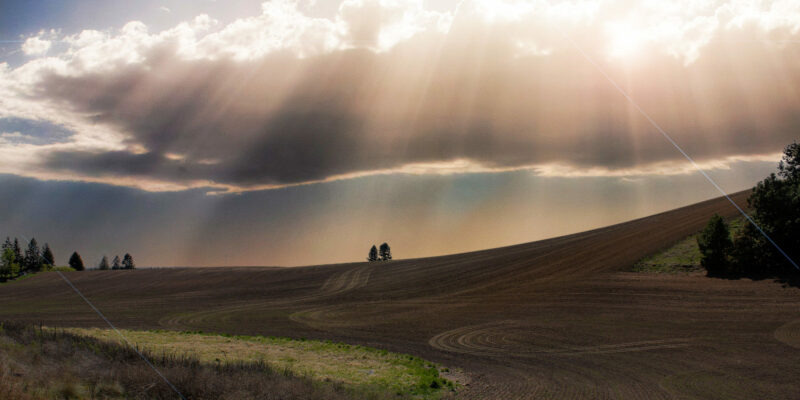 Soil erosion is a serious problem that not only affects the quality of soil and therefore makes it difficult to grow crops, but also releases carbon into the atmosphere since the top layer of soil keeps carbon from leaving the soil and entering the atmosphere. Planting lentils and chickpeas, and other pulses, mitigates soil erosion by transferring nitrogen from the atmosphere to the soil, which provides nutrients to both the soil and future crops, and prevents erosion.

Read more about how this process works:

About a third of the world’s soils are degraded because of soil erosion, contamination, urbanization and other issues.

Pulses transfer nitrogen from the atmosphere to the soil and can be grown practically anywhere. Cereals grown after pulses yield 1.5 tonnes more per hectare, equivalent to adding 100 kilos of nitrogen fertilizer, the FAO report said.

A layer of healthy soil also reduces harmful greenhouse gases. The first meter of soil contains as much carbon as exists in the atmosphere and all vegetation combined. If it is poorly managed, carbon is released into the atmosphere, Vargas said.