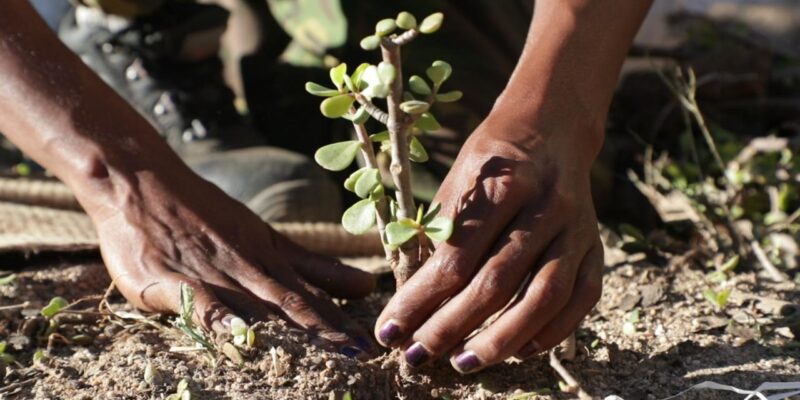 In South Africa, there used to be a thicket the size of Cyprus that could suck up the equivalent of three times the US’s annual carbon emissions. These people are trying to grow it back.

“We last had proper rain in 2014,” winemaker Margaux Nel tells me. The two dams on her family’s farm in the semi-arid region of Klein Karoo in South Africa have been dry for the past three years. Less than half of the family’s 60 hectares (148 acres) of vines have survived the prolonged drought, and even less will be able to provide fruit for this year’s harvest.

“We decided we needed to do something,” she says. That “something” has taken the form of planting one million cuttings of Portulacaria afra over the next five years. This succulent shrub, more commonly known as spekboom, has small, round leaves and is indigenous to the area. When these plants have reached maturity in more than a decade’s time, they’ll be up to 5m (16.4ft) high – more than twice the height of a tall adult. They will cast pools of cooling shadow in spite of the dry heat typical of this landscape. The ground surrounding them will be covered with leaf litter – discarded remnants of their tiny bright leaves – as well smaller shrubs that can flourish in their shade.