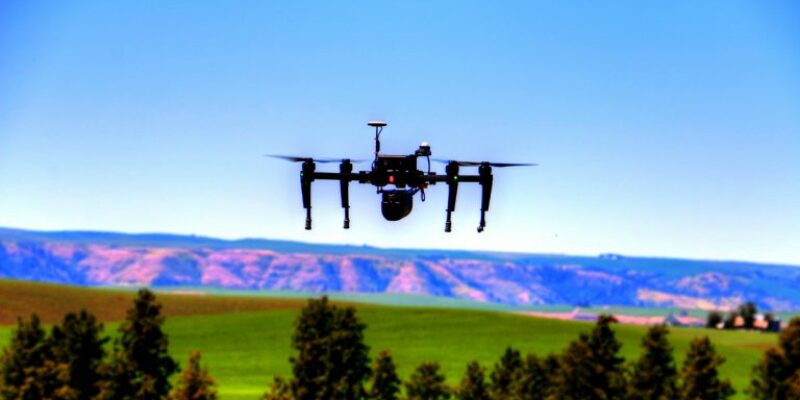 When Robert Blair first got an aerial glimpse of his 1,300-acre dryland operation, he knew images of his fields would be a game-changer. Like many in the rolling Palouse Hills, the Kendrick, Idaho-based farmer grows wheat, barley, lentils, chickpeas, and alfalfa, as well as cows. Unlike many, Blair prefers to be at the bleeding edge of technology. But it’s not easy. Thirteen years after he first started using drones, he still struggles to get good enough internet connectivity to take full advantage of the technology.

Right now, it typically takes four days, on average, to send data files and receive the high-resolution drone images on a thumb drive via FedEx. “That is not good enough,” Blair laments. Ideally, he could get the data in real-time as he flies the drone.

“Farmers are essentially plant doctors,” says Blair, pictured above. “We have to understand what’s happening to those plants.” On a four-wheeler, he says, can see only about 5 percent of a 60-acre field—roughly 10 feet in any direction down individual rows—compared to 100 percent via drones. “With imagery I make better management decisions”—those that keep his crops producing enough and help him reduce inputs like fertilizers and pesticides, says Blair. “I just want the information in a timely fashion.”