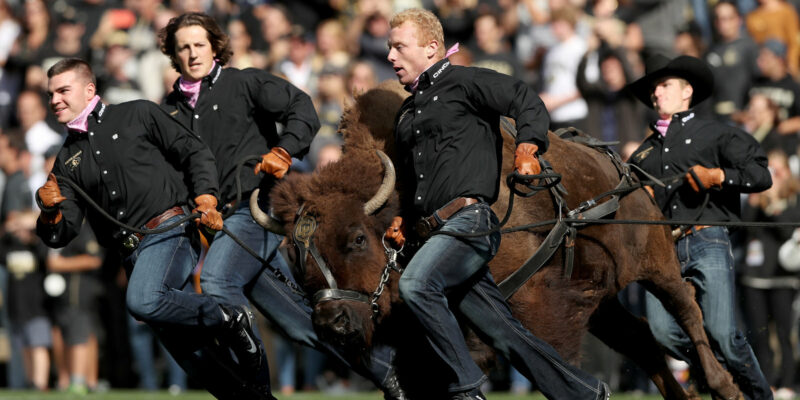 After 12 seasons of leading the University of Colorado Boulder’s football team onto the field, Ralphie V, the 13-year-old, 1,200-pound buffalo, is officially retiring as the school’s mascot.

The reason? The athletic department says she’s too fast.

“With past Ralphies, as they aged, their speed typically decreased; with Ralphie V, she has been so excited to run that she was actually running too fast, which created safety concerns for her and her handlers,” according to press release from the university.