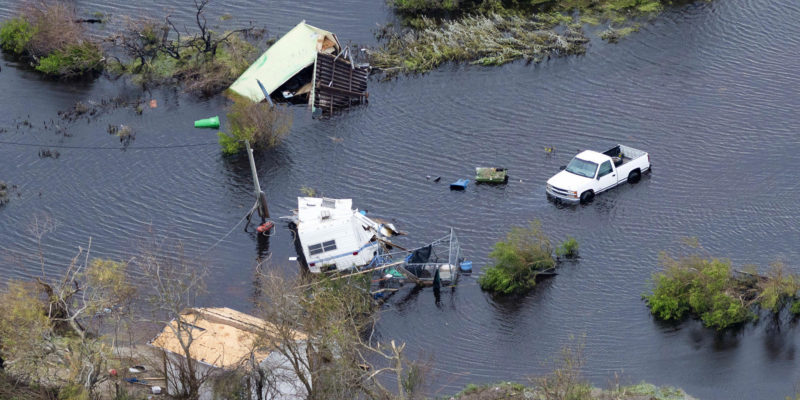 While hurricanes become stronger and more dangerous due to climate change

The proposed budget for the next fiscal year calls for cuts to the National Oceanic and Atmospheric Administration and specifically the National Weather Service. Both provide forecasts to weather events like hurricanes. This is especially dangerous in the face of catastrophic storms like Harvey and Irma.

More on the importance of hurricane forecasts:

The president’s budget proposal calls for a whopping 17 percent cut to the National Oceanic and Atmospheric Administration (NOAA). It also calls for trimming 6 percent of the budget for the National Weather Service (NWS), the NOAA agency in charge of providing forecasts for life-threatening weather events like hurricanes. Along with cuts to climate research, satellites, and other weather-related programs, the cuts will put a big strain on the forecasters we’re currently relying on to get ready as Irma grows into a monster storm.

And getting forecasts right is literally a matter of life or death. “People are going to have an experience with the storm, and if you’re telling them, the storm is going to hit you and it doesn’t hit them, they’re not going to trust you the next time you make a forecast,” says Neal Dorst, at NOAA’s Hurricane Research Division. “It’s a matter of confidence. If you’re going to issue an evacuation order, you want people to take that seriously.” (Dorst declined to comment on the proposed budget cuts.)

In 2009, NOAA launched the Hurricane Forecast Improvement Program to improve the accuracy of its forecasts, especially in regards to a storm’s intensity — but funds for the program have been dwindling. The budget was $13 million in 2009 but it’s been shrunk to less than half that, according to The Associated Press. And the Trump administration’s looming budget cuts don’t bode well.