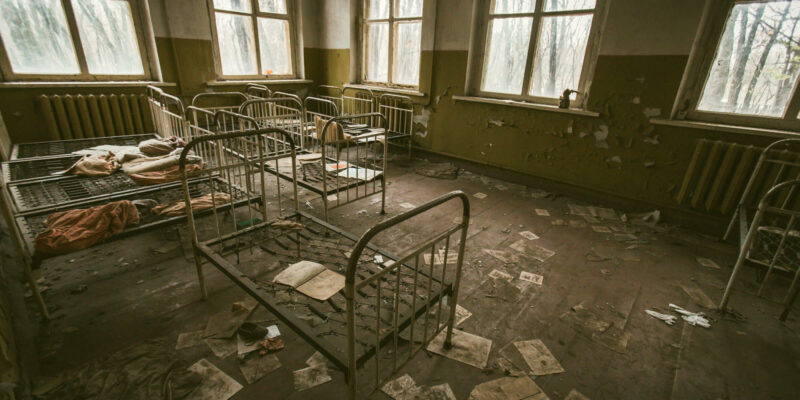 Chernobyl may be turned into a solar power plant

The 1986 meltdown at the Soviet plant was the worst nuclear disaster in history. It contributed to the collapse of the Iron Curtain, changed the world’s view on nuclear energy and affected an unquantifiable number of people in the region. Thirty years later, Ukraine’s minister of ecology has proposed that the nuclear power plant be converted to produce solar energy.

Motherboard has the full story about the makeover attempt:

The most recent example of the Chernobyl’s green revival is a new effort to develop a solar power plant within the CEZ. For the past few weeks, Ostap Semerak, Ukraine’s minister of ecology, has been pitching Chernobyl as a potential solar hotspot to both foreign and domestic investors.

“We propose for our partners and investors to look on this territory with a quite different understanding; not as a territory of catastrophe, but as a territory of future development,” Semerak said during a visit to the European Bank for Reconstruction and Development (EBRD) in London this week.

This is more than a symbolic rebrand, as much of Chernobyl’s original infrastructure, including electrical transmission lines, can be repurposed to suit growing solar operations. The disastrous detritus nuclear power plant may find a second life supporting clean, safe, renewable power. Semerak said that Canadian, American, and local Ukrainian investors have already pursued the opportunity to develop in the CEZ. The goal is to install a four megawatt plant there by the end of 2016, according to Bloomberg.