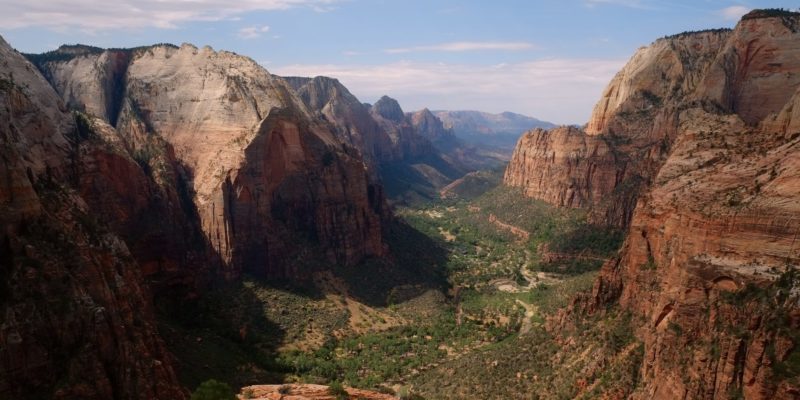 Pioneer of the Week: Teddy Roosevelt

With the powers of the Antiquities Act of 1906 under review from the current administration, it’s time to revisit the man who first signed the bill into law — President Theodore Roosevelt. Known for his conservation efforts, Teddy Roosevelt created countless national monuments, parks, and forests during his presidency. Take a look at his legacy and see why now more than ever we need to take action to protect it. 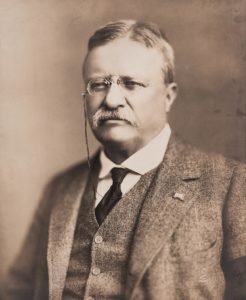 Even before taking office in 1901, Roosevelt was fascinated with nature and the outdoors, and spent most of his time on open land hunting and participating in other forms of outdoor recreation. From firsthand experience, he observed and wrote about the loss of habitat and wildlife. And in 1887, he decided to do something about the problem by creating the Boone and Crockett Club with famed naturalist and writer George Bird Grinnell, which is now the oldest conservation organization in North America. The Club promoted (and continues to promote) conservation, habitat protection, and ethical hunting, which are themes that carried on with Roosevelt after he became president. Less than a year into his presidency, he created Crater Lake National Park in Oregon, the state’s only national park to this day. And in 1905, he established the U.S. Forest Service, dedicated to managing and protecting forests and grasslands. However, his biggest contribution to conservation would come a year later.

The magnum opus of Roosevelt’s conservation efforts materialized in the form of the Antiquities Act in 1906. The Act was deliberately broad to allow the president (or Congress) the liberty to create landmarks in the form of national monuments and set them aside for protection from new commercial and mining development. Its intentionally vague language gave a president the power to conserve lands as he deemed fit. Previously, national parks and reserves required the approval of both Congress and the president. The only requirements for the national monument designation are that the land has historical, cultural, or scientific significance. Roosevelt wasted no time in utilizing this new conservation tool, creating his first national monument merely three months after he signed the Antiquities Act into law. The Act allowed for the creation and protection of now-famous landmarks like the Grand Canyon in Arizona and Mount Olympus in Washington. Altogether during his presidency, Roosevelt established 238 national monuments, parks, forests, and reserves, totalling 230 million acres of public lands.

The powers of Antiquities Act are now in question under the current administration, which has argued that previous presidents overreached. President Trump has ordered the Department of the Interior to review 27 monuments that are larger than 100,000 acres and were established after 1996 using the Act (stating that he is ending “another egregious abuse of federal power”). This puts into danger lands designated and protected by President Obama, who created and expanded 34 national monuments, more than any other president including Teddy Roosevelt himself. If the designations of the monuments are reversed, those historically and culturally important places will then be vulnerable to mining, drilling, and other forms of commercial development.

Roosevelt signed the Antiquities Act so that public land could be protected and available for all Americans to enjoy and experience, and for more than 100 years it has done just that. You can tell the Interior Department how you feel – the department is accepting public comments during its review of the national monuments from now until July 10th. Leave a comment here and let them know that you want national monuments to be protected, for generations to come.

To check out last week’s Pioneer highlight on the Climate Mayors, a group of mayors of 105 cities in the U.S. who are committed to combating climate change in their cities, click here.