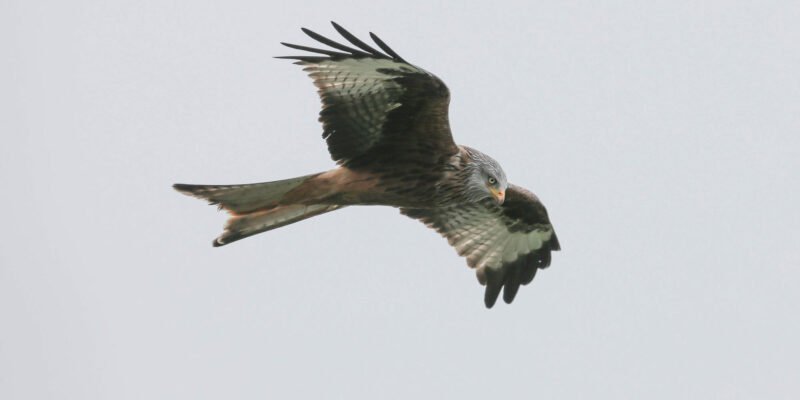 Pioneer of the Week: Rachel Carson

For our first Pioneer ever, we asked for your nominations and you overwhelmingly pointed us towards Rachel Carson. That makes sense- it’s only fitting that we open the series by honoring the woman who started the modern environmental movement. 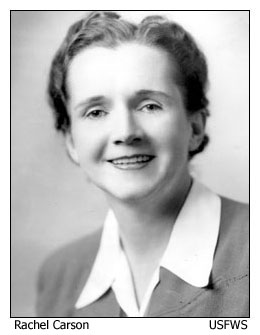 In her lifetime, Carson wrote a best-selling book that forever changed the discourse of environmentalism, successfully advocated for the ban of one of the most toxic pesticides, and inspired the creation of the EPA. This is what makes her a Pioneer:

She started out as a marine biologist, writing books about the ocean that she hoped would inspire people to care for and therefore protect it. But it is her fourth book, Silent Spring, that sparked a national movement when it was released in 1962. In it, Carson plainly illustrates the destructive effects of DDT, a chemical widely used as a pesticide at the time, on birds and children. DDT came into contact with birds through the worms and fish that they eat, which in turn had been exposed to the pesticide through runoff. The chemical devastated bird populations by thinning their egg shells to the point that they can no longer support the embryos inside, effectively killing them. When DDT made its way up the food chain, Carson pointed out that it would also sicken children, thereby making it not simply a conservation but a health issue. As she so famously said, “our heedless and destructive acts enter into the vast cycles of the earth and in time return to bring hazard to ourselves.”

Silent Spring alerted the public and government officials to the harm of certain chemicals and the need for environmental regulations of those chemicals for the sake of public health. Rachel Carson didn’t stop at exposing the truth, she made sure that legislative action was taken to protect the public. She testified in front of the Senate about the dangers of DDT and led the crusade to ban the pesticide in the U.S. In doing so, Carson cemented the important role of scientific research in informing and shaping policy. In 1972, ten years after Silent Spring was published, DDT was banned in the United States.

Rachel Carson’s legacy lives on in the Environmental Protection Agency. The agency was one of the many steps taken to protect the environment that was inspired by Carson’s activism. President Nixon founded the EPA in light of the realization that we needed a government agency to assess, prevent, and stop practices detrimental to the environment and our health. Currently, the agency is facing crippling budget cuts that would inhibit both its ability to regulate and clean up toxins and to conduct research that would inform those regulations. The administration has frozen grants and issued gag orders, stifling the role of scientific research in public policy and threatening the legacy of progress Rachel Carson inspired. And it is our job now to pressure our policymakers, to make our voices heard to ensure that doesn’t happen.

Want to make sure that environmental safeguards stand? Sign the petition to tell Trump to stay in the Paris Climate Agreement.

Teach them well! Know someone that that we should highlight as our next Pioneer, nominate them here.