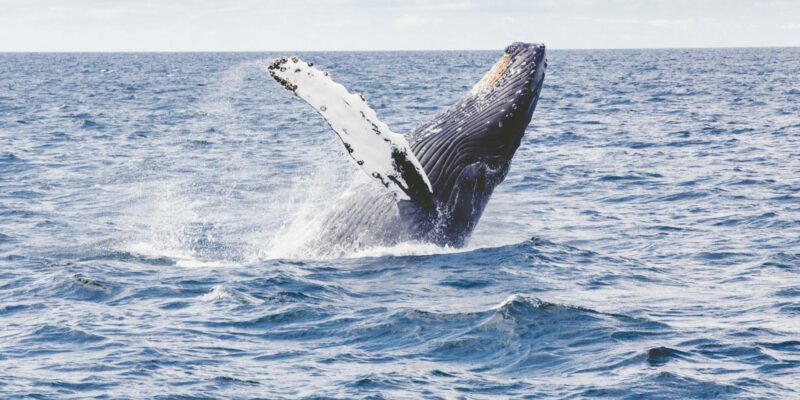 Our oceans are in trouble. Forty percent of the planet’s ocean surface is currently polluted with plastic and other debris, and we dump an additional eight million tons of plastic into the oceans every year. Recognizing that this is killing marine life and that something needs to be done, actor Adrian Grenier started the Lonely Whale Foundation with one clear goal—to make the oceans a cleaner and safer place for the animals that live there. 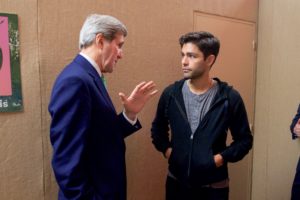 The aforementioned mountains of plastic in the ocean have grave implications. Plastic has been found in the stomachs of more than 70 percent of seabirds and 30 percent of turtles, and half the time, it’s the cause of death for those animals. After it’s consumed by sea life, the plastic stays and takes up room in their stomachs, blocking their digestive tracts and making it impossible for them to eat food, eventually leading to their deaths. What’s more, plastic breaks down into microplastics after a while (the term is used to refer to plastic debris less than 5 millimeters long). The microplastics then harm worm populations, which are an important source of food for fish and other marine life. This is where the Lonely Whale Foundation comes in.

After producing 52: The Search For the Loneliest Whale, a documentary about the only whale who calls at a 52 Hz frequency (and therefore believed to have no companion), Adrian Grenier realized how polluted the oceans are and the devastating effect that pollution has on whales and other animals. Along with the film’s director and producer, he created the Lonely Whale Foundation in 2015, dedicated to building awareness, education, and action to protect marine habitats and wildlife. And that’s exactly what the foundation has done in the two years since its launch.

Last September, Grenier spoke at a State Department conference on ocean conservation on a panel that included then-Secretary of State John Kerry. Grenier urged the foreign ministers and leaders present to apply practices that reduce pollution entering the oceans. In February of this year, the Lonely Whale Foundation partnered with Dell to remove plastic from the ocean, with the goal of reusing 16,000 pounds of it in their packaging system. Now, there is a campaign that you can join: the Strawless Ocean initiative. Every year, Americans use 500 million plastic straws, making it one of the top 10 items found at beach cleanups. And to stop that, all you need to do as a consumer is to stop using straws. It’s that simple. The issue is the lack of awareness, which is what Strawless Ocean is trying to tackle. By broadcasting the problem and turning it into a public campaign, the Lonely Whale Foundation hopes to generate action around one of the easiest methods of reducing plastic pollution.

To participate in Strawless Ocean (besides you know, not using plastic straws), post a picture of yourself drinking a beverage without using a straw and hashtag it #STOPSUCKING to spread the word and let your friends and followers know about the environment-saving solution that’s literally at your fingertips.

To check out last week’s Pioneer highlight on Felix Finkbeiner, whose organization has planted over 14 billion trees, click here.