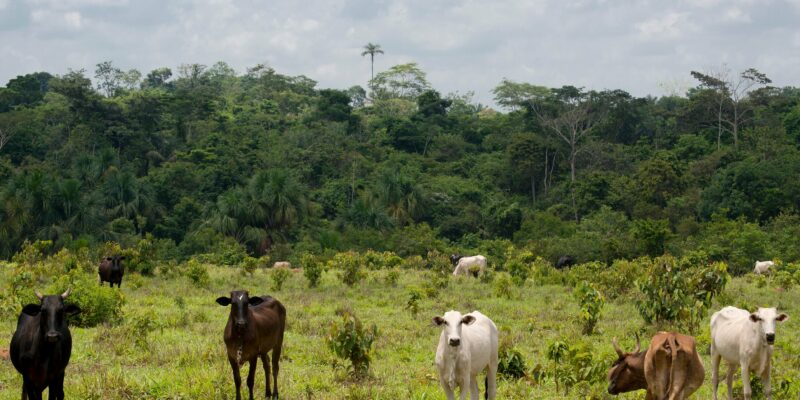 Livestock production needs to reach its peak within the next decade in order to tackle the climate emergency, scientists have warned.

They are calling for governments in all but the poorest countries to set a date for “peak meat” because animal agriculture is a significant and fast-growing source of global greenhouse gas emissions.

Cattle and sheep emit large amounts of methane while forests are destroyed to create pasture and grow the grains that are fed to intensively reared animals.

The world’s scientists agree that huge amounts of carbon dioxide will have to be removed from the atmosphere to limit global heating to 1.5C. More than 80% of farmland is used for livestock but it produces just 18% of food calories.

Reducing meat and dairy, and eating plant-based diets instead, would free up land to be returned to natural forest. Researchers say that is the best option currently available for storing large amounts of carbon.

The researchers emphasise that such changes to global agriculture are only one part of the urgent action needed to address the climate crisis. Slashing fossil fuel use is vital, as is action in other sectors, such as transport.