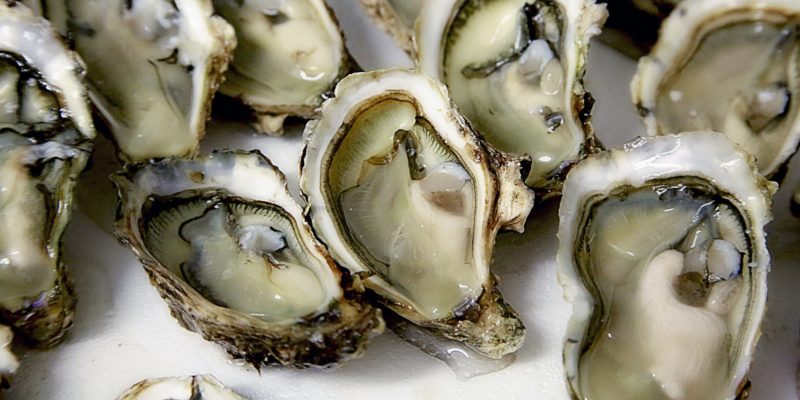 Why Oysters Are The Sustainable Seafood Of Choice

Oyster farming is actually good for the environment

As the oceans are suffering from overfishing, oyster farming may be the answer. Raising oysters actually helps the environment, since oysters capture carbon dioxide and nitrogen from the atmosphere. In addition, they also purify the water around them.

Read more about the benefits (not only environmental!) of oyster farming:

Today, Davidson is part of an oyster renaissance, helped by the fact that farmed oysters are considered a sustainable food, unlike a lot of fish and seafood.

Eating more oysters would be good for our health too. “They are absolutely jam packed with zinc – that’s what they’re most famous for,” Davidson adds.

“There’s more zinc in them than you’d get from the same amount of protein in liver or steak,” she says. They contain Vitamin B12 plus importantly, fatty acids including DHA and EPA which have been linked with mood. “There is actually talk of them being used for combatting stress, depression and low mood,” Davidson says.