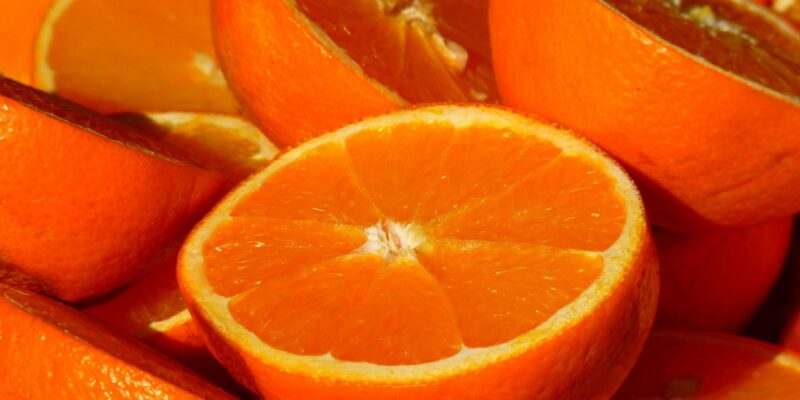 Orange You Glad Someone Paid Attention in Science Class

Kiara Nirghin, a high school student in South Africa, has figured out how to use orange peels to enable soil to absorb water better, thereby lessening the negative impact of droughts. The peels have a high concentration of polymers that allow them to retain water efficiently and are a natural and more effective alternative to synthetic polymers currently used in soil.

More details on how the process works:

Earlier this year, the 16-year-old Nirghin, who is in the 11th grade at Saint Martin’s high school in South Africa, entered her fruity project into the running for the Africa regional Google Science Fair Community Impact Award, impressing the judges with her unique discovery and earning a spot at the international competition at Google’s headquarters in Mountain View, California.

That discovery, which Nirghin outlined in her online submission, was a result of two months of research on various fruits and their ability to produce polymers. The teen discovered that citrus fruit contained the highest concentration of these polymers, which could be extracted and used to create a natural super-absorbent polymer that, when added to soil, would allow it to retain massive amounts of water.

This ability to absorb higher amounts of water would be particularly useful in her home country, which recently experienced its worst drought in several decades. According to the BBC, Nirghin’s “orange peel mixture,” which could be sustainably concocted from the waste of the juice industry, is an all-natural and inexpensive alternative to the non-biogradeable super-absorbent polymers currently used to improve water retention in soil.

In order to extract these polymers from the peels, the budding scientist applied ultraviolet light, heat, and natural oils found in avocado peels to boiled orange peels. The mixture that resulted from these tests was proven to absorb 76.1 percent of water.

“The product is fully biodegradeable, low-cost and has better water retaining properties than commercial SAPs,” Nirghin writes. “The only resources involved in the creation of the ‘orange peel mixture’ were electricity and me, no special equipment nor materials were required.”