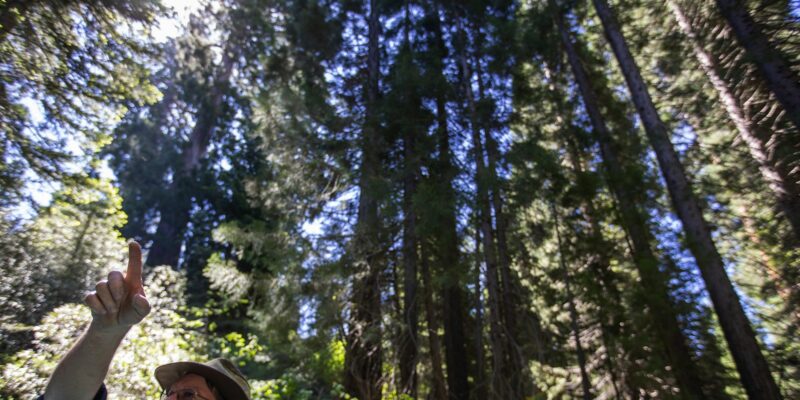 To protect and to preserve

SEQUOIA CREST, Calif. — Skip Rouch patted the base of the copper-hued giant. “Dad’s tree,” he said. “Dad picked it out before he died.”

But it wasn’t just Sonny Rouch’s tree in the figurative sense, the place where he wanted his ashes spread. His family owns it, along with hundreds of other giant sequoias in the Alder Creek Grove — the world’s largest private holding of the world’s largest trees.

That is about to end. After more than seven decades of ownership, the Rouchs have struck a deal to sell their sequoia-studded piece of the Sierra Nevada to the Save the Redwoods League, a century-old conservation group that has long hankered after the property.

The story of the grove’s preservation is not the typical conservation tale. The Rouchs didn’t buy the 640-acre tract during World War II for the love of ancient sequoias.Their motive was far more practical.

“They were in the logging business and they needed trees,” said Mike Rouch, Skip’s brother.

Within a week of returning from the war, Sonny started clearing a six-mile dirt road to the land, which is surroundedby the Sequoia National Forest.

Read the full story on: LAT