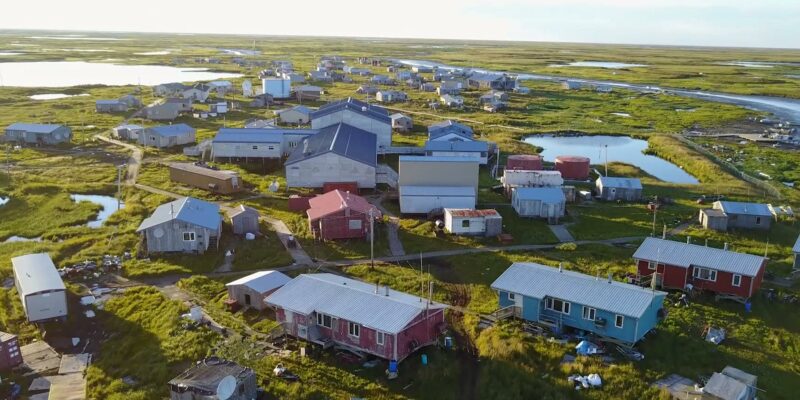 Newtok is on the Move

Climate change has finally caught up to this Alaska village

THEY’VE BOXED THEIR clothes and piled into boats and said goodbye to neighbors—for now.
This month, a pioneering group of residents from the Alaska village of Newtok finally began settling into a brand new town. In the process they have become some of North America’s earliest climate change transplants.
The Yup’ik village of about 380 people on the Ninglick River near the Bering Sea has spent more than two decades preparing to move. Thawing permafrost and erosion has increased flooding risks and caused the land around their homes to crumble and sink. The community landfill has washed away, fuel storage tanks lean precariously, and some houses have already been torn down because they were in danger of collapsing.