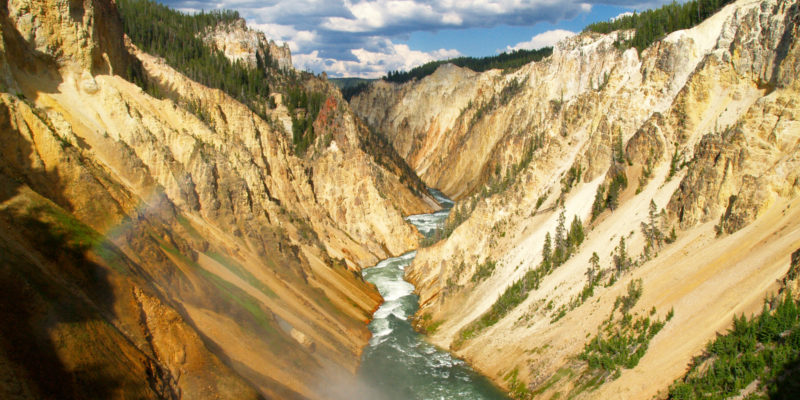 We’re back this week with a new Saving The West podcast episode, “River Wild, River Tamed.” The more than 3 million miles of American rivers and streams meet between 80,000 and 2 million dams, which are built for the purpose of water storage, hydroelectricity and flood control. Since the nation was founded, we’ve built an average of a dam per day. But should four dams on the Snake River be removed to help the struggling salmon–or are there better solutions? Our latest podcast explores the debate over hydroelectric dams, which has a lot at stake. You can listen to it below.

In this podcast episode we start in California. The fact is that while a majority of the world is covered in water, most of that water is salty ocean water. After you subtract that, what’s left is a very small percentage of fresh water. And even of that small percentage of fresh water, very little of it is actually drinkable. As such, many U.S. regions, states and cities are reliant on dams, which have been built at a massive scale in many places, like California and Colorado. But dams can leave a lasting impact on the environment. So in this episode, you’ll hear from a number of people, including Lauren Sommer of KQED, who has reported on this, Steve Mashuda, a lawyer for EarthJustice, and Todd Myers, who is Director of the Center for the Environment at the Washington Policy Center.

Make sure to subscribe if you want our latest podcast episodes, and listen to past podcasts on our podcast page. Meanwhile, you can see some of the latest major environmental news below.