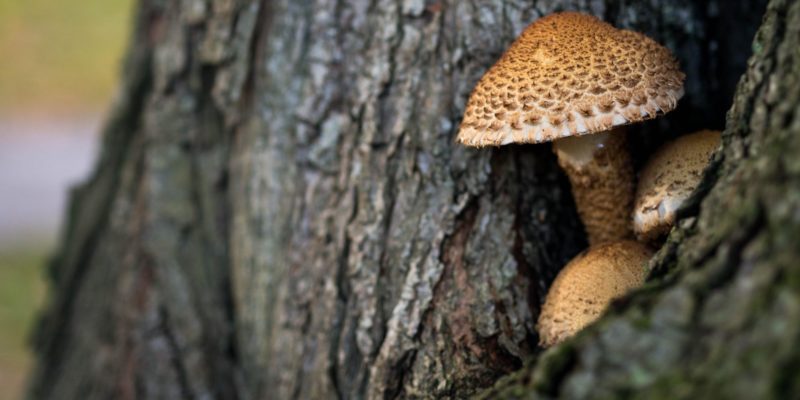 What Mushrooms Can Tell Us About Climate Change

A new study reveals that fungi could have the answers

Amanita thiersii, a type of mushroom that eats dead grass, holds answers to what the grass went through before it perished. A new study looks into the hints found in fungi such as these to get an idea of what how the climate has already changed and to predict the effects to come.

A look at how the grass conditions can reflect climate change:

The mushroom is uniquely suited to report on what those grasses were like before they perished, according to a new paper in Journal of Geophysical Research: Biogeosciences. In fact, an analysis of 40-odd A. thiersii samples taken from lawns across the Midwest over 27 years suggests that the mushrooms, as a result of the grasses they eat, may be able reflect the changing climate of the last few decades in their chemistry.

The reason it might be possible to trace climate change in grass at all is because plants can be distinguished by the different ways they handle photosynthesis. The new paper looks at two methods of photosynthesis in particular: C3 and C4, named after the structure of the molecules the methods produce. The majority of plant species perform C3, which produces energy at higher concentrations of CO2 and at lower temperatures. C4 plants, meanwhile—most of which evolved in hotter and drier climates—are more efficient in higher temperatures, but too much CO2 is hard for them to deal with.

Lawn grasses in the U.S., as it happens, can include both C3 and C4 plants. Wherever C3 and C4 plants grow together, it’s possible to tell from the chemistry of the soil—which is made up, of course, of decayed plants—what their ratio was in past growing seasons. Using this, scientists have been exploring how temperature and CO2 can affect the competition between the two types. In the new study, the researchers, led by Erik Hobbie, an ecologist at University of New Hampshire, looked to see whether the ratio of carbon isotopes in the lawn mushrooms, picked up from dead grasses, could be explained by climate differences.