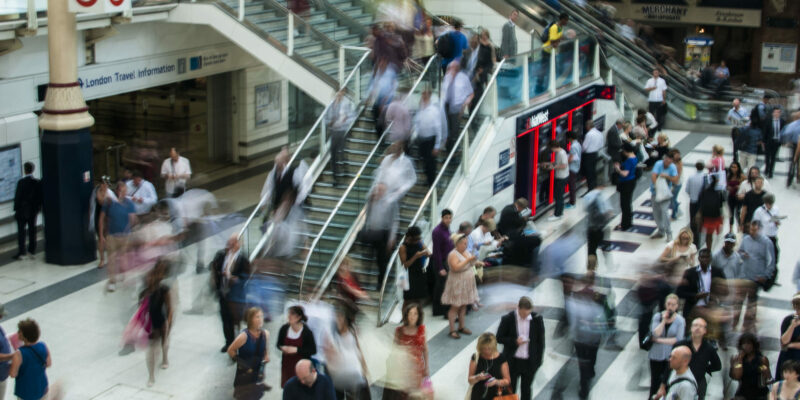 We need a different approach to global population growth

Overpopulation is an issue that will only becoming more pressing with time. Indeed, a change in thinking is necessary if we want to lessen negative effects such as pollution and loss of natural resources. This new approach requires nations to work together to determine which areas can best sustain development and then basing migration and growth plans on that.

Nature describes how exactly this global approach should work:

By 2030, 1.1 billion more people will live on Earth — bringing the total to about 8.5 billion. Most of them will arrive in dense Asian and African cities, exacerbating pollution and resource shortages1. Urban expansion alters a city’s ‘big seven’: natural vegetation; agricultural land; clean water; jobs; housing; transport; and communities. Rapidly growing cities such as Kano, Niamey, Sikasso and Bobo-Dioulasso in sub-Saharan West Africa, for example, are already converting woodlands into irrigated farmland to feed their rising populations2.

A new approach to planning cities is called for: one that is both global and regional. It must consider which areas are best placed to support higher populations without greatly increasing the already heavy ecological footprint on our finite Earth.

Globally, planners should prioritize development in the most suitable (or ‘least bad’) areas. That rules out regions that are populous, resource-poor or hotspots for native biodiversity. It points to places that have the warm and moist climates amenable to growing crops, such as grassy and forested lands in temperate and tropical regions. We see promise in large areas in the Americas, central Africa and Asia as well as pockets of Oceania.

Second, metropolitan regions need to manage where they absorb new arrivals. Currently people often concentrate in cities or areas of urban sprawl (see Nature 467, 900–901; 2010). Instead, compact settlements along the urban fringe and in surrounding satellite cities and towns should be encouraged. This provides space for sustainable communities and limits the loss of valuable land. Managed satellite-city growth can be seen around Barcelona, Spain, and compact communities have been established around Portland, Oregon, and Canberra, Australia.

Such a vision demands worldwide coordination. It will require international and national policies for environmental protection, urban development and human migration. And each city must develop an urban regional plan.

Global-scale land planning and human migration issues should be linked to international agreements on water stress, clean water and environmental degradation. The source and target areas of human migration should receive particular attention. Such agreements might highlight groundwater quantity and quality in urban regions; riverside or floodplain protection; and development and irrigation in areas needed to protect water supplies for cities. Immigration policies should encourage development and growth in environmentally suitable regions.

National governments must put teeth into policies mandating urban region plans. Funding for planning, implementation and measuring progress should be allocated by the different levels of government and beneficiaries.