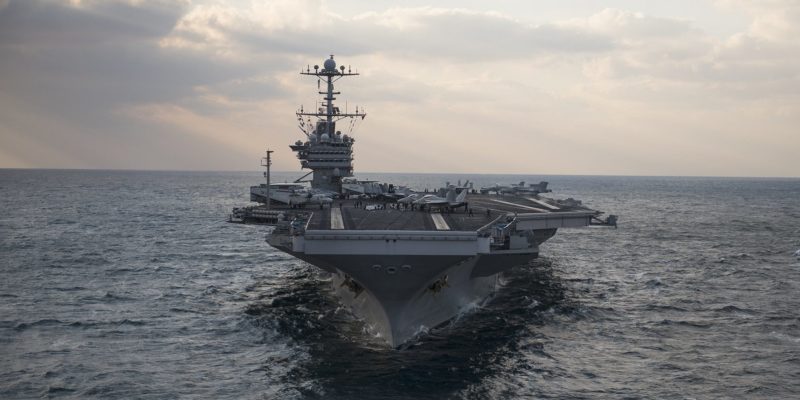 The Pentagon is concerned

The environmental and economic implications of taking the United States out of the international climate change pact have been widely and thoroughly discussed. Perhaps less apparent, however, are the political ramifications this move will have on global stability, something top military experts are desperately trying to explain to Trump.

This is why global warming is a threat to both national and international security:

Some of the Defense Department’s top officials have already expressed their fears that a warming planet poses serious threats to the US. Defense Secretary James Mattis told the Senate Armed Services Committee that climate change would make the world less stable and require the entire government to curb it. Obama’s last defense chief, Ashton Carter, said that climate change was a top strategic challenge for the US on par with terrorism and North Korea’s nuclear program. … the Pentagon’s top military and civilian officials believe that climate change poses a direct threat to US national security and to the stability of the world at large, making their job harder and more dangerous both at home and abroad.

Here’s what they fear: important bases in the United States may soon be underwater, while other American facilities in warm places abroad will only continue to get hotter. More countries will be hit by droughts and famines, destabilizing central governments and paving the way for the rise of dictators or the dissolution of countries into lawless regions controlled by warring militias. Either scenario could give terror groups like ISIS new safe havens.