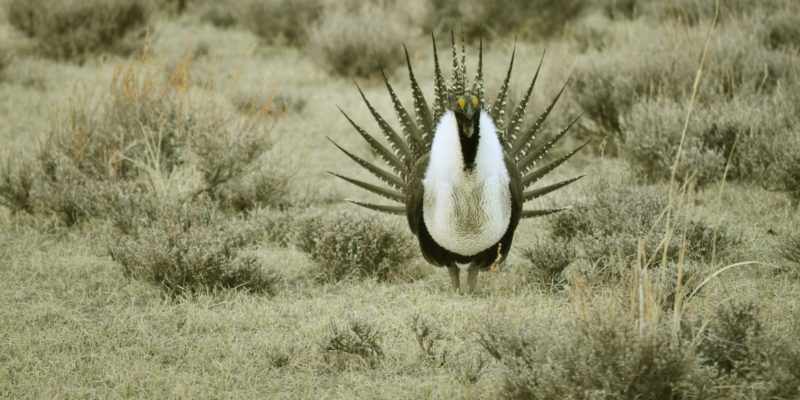 The sage grouse, a bird native to the West, could be endangered by the Secretary of the Interior’s recent order to review state plans designed to keep it safe. The bird’s population had decreased by 97 percent and it was the state conservation plans that convinced the U.S. Fish and Wildlife Service to allow local conservationist coalitions to work together instead of using the Endangered Species Act.

Now, under Ryan Zinke, the Interior Department could roll back protections in those conservation plans in order to favor the energy industry, many believe:

Zinke said the review will be guided by Trump’s “energy independence” executive order issued in March, aimed at removing environmental regulations governing the oil and gas industry. The agency’s review of sage grouse plans will include determining if the plans place a “burden” on energy development, even though the plans already make over 80 percent of areas with high or medium oil potential available for development.

Many conservation and Western-focused groups are calling the move an unnecessary attempt to open critical sage grouse habitat to oil and gas drilling — one of the primary threats to the bird’s habitat. Additionally, rather than continuing a landscape-level approach to conservation, the secretarial order calls for consideration of other, scientifically unproven approaches, including setting population targets.

“Westerners worked in an unprecedented way to create the current sage grouse conservation plans that are widely supported and serve as a model for future successful collaboration,” Sen. Ron Wyden (D-OR) said in a statement. “When it comes to managing the traditional multiple uses of our public lands, the Interior Department must ensure that all local stakeholders have a seat at the table, not just those who agree with this administration’s goals of benefiting the oil and gas industry.”