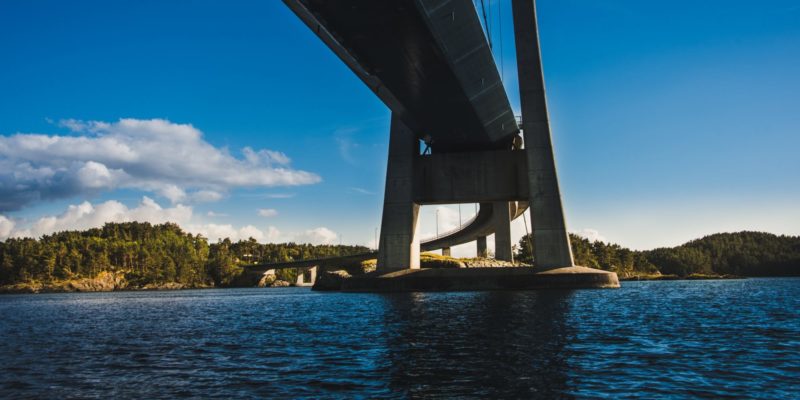 While much is written about how rising sea levels are affecting coastal towns, the topic of how flooding affects inland areas doesn’t usually come up. That is until you restore a bridge and then realize you have to spend millions of dollars to raise it by several feet because flooding has caused water levels to rise.

That was the case in Des Moines, Iowa, and it’s the case in several other inland cities and towns with bridges that may now be too low to face climate change conditions:

The nation’s inland cities face perils … including more intense storms and more frequent flooding. Even as President Donald Trump has announced his intention for the U.S. to withdraw from a global climate agreement, many of the nation’s river communities are responding to climate change by raising or replacing bridges that suddenly seem too low to stay safely above water.

The reconstructed bridges range from multi-lane structures that handle heavy traffic loads to small rural spans traversed by country school buses and farmers shuttling between their fields. The bridges are being raised even in states such as Texas, where political leaders have long questioned whether climate change is real.

In Milwaukee, bridges have been raised as part of $400 million in flood-management projects across a metro area with 28 communities. In Reno, Nevada, officials spent about $18 million to replace a bridge over the Truckee River last year and plan to replace three more after flood-danger projections were increased by up to 15 percent.