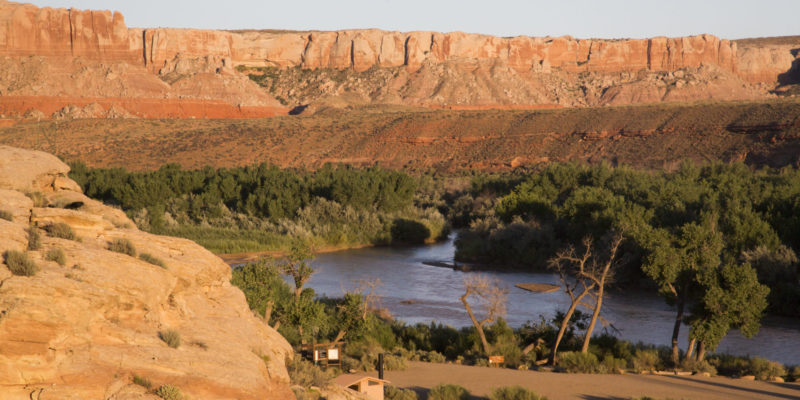 Without consulting any sovereign tribes

President Trump made the decision to shrink Bears Ears National Monument last month, despite its historical, scientific, and cultural significance. And now, there is a bill proposed in the House of Representatives to set the new boundaries into law.

Although Rep. John Curtis, who introduced the bill, said the move would establish the “first tribally co-managed national monument,” no sovereign tribe was actually consulted about the bill:

Hence the introduction by Rep. John Curtis (R-Utah) of the Shash Jaa National Monument and Indian Creek National Monument Act, which would dismantle the Obama monument. If passed, the Curtis bill would leave just 15 percent of the land in monument status and would eviscerate the important collaborative government-to-government management role for tribes recognized and honored in the Obama proclamation.

Adding insult to injury, the Curtis bill employs doublespeak by purporting “to create the first Tribally managed national monument.” In fact, this bill completely undermines the ability of our tribes to protect the resources President Obama sought to preserve for us indefinitely. It does so by filtering our voice through the very individuals who fought most vociferously against our tribes having a voice in the management of our historic, religious, and cultural patrimony at Bears Ears. In characteristic Utah congressional fashion, Congressman Curtis developed this “pro-tribal” bill without ever consulting with our tribes, or any of the tribes of the five tribes coalition.