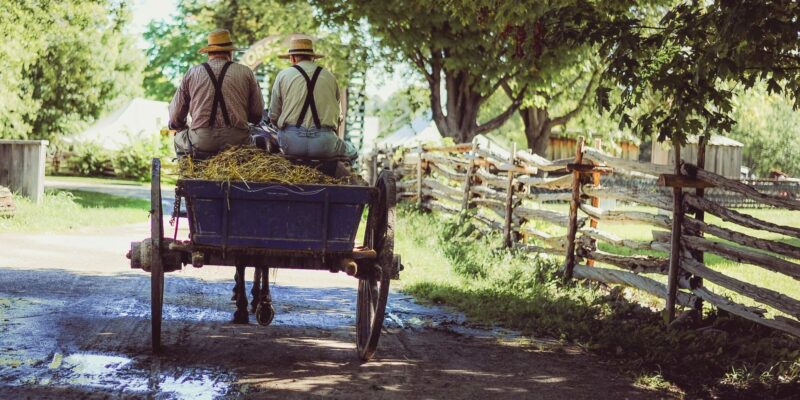 Help a Farmer Out

Contrary to what some people may think, farmers are advocates for using modern technology and methods, but they are threatened by companies that prioritize profit over the wellbeing of the actual farmers and the land.

Here is an impassioned piece calling for a fairer process for individual farmers:

In my experience, farmers (you might know them as a particularly bold and crafty subset of “people”) don’t think farming is an old-fashioned business. On the contrary, most farmers I know think it is a high-tech, high-expertise calling, a way of life somewhere between an art and a science. They have college degrees in agronomy and accounting and data science, as well as tens of thousands of hours of experience and the inherited know-how of parents and grandparents and great-great grandparents.

They are botanists and entomologists when they’re scouting their fields for pests, HR professionals when they’re searching for and managing hired hands, mechanics when they’re in the shop, and market analysts when they’re marketing grain and evaluating their balance sheets. If you’re looking for high-tech jobs in rural America, look no further than the American Farm (if you passed the lone tree at the crossroads, you’ve gone too far).

There’s an old saying that “Farmers buy retail and sell wholesale.” The razor-thin margins that so many farmers build their lives on are rapidly getting smaller and smaller (or in a year like 2016, disappearing completely). This is often because, in rural communities, farmers are the engines that turn the wheels that keep whole towns from disappearing off the map. A Montana or Iowa or Mississippi farmer selling his grain to China or Brazil or Europe is, in many cases, one of the only avenues of money flowing into a community. And it’s not only milk from the local grocery store and dinners at the local diner that farmers are buying. It’s also seed from the local dealer, chemical and fertilizer from the local co-op, and machine parts from the local mechanic.

US agriculture is trapped in a vicious cycle where fewer and fewer companies own more and more of the farm inputs market and control the prices of goods farmers need more and more aggressively, pushing farmers off the land. A seed company or a chemical manufacturer doesn’t care about the individual farmer, they care about the acre. Who’s doing the farming is irrelevant to whether or not they’ll need inputs to do it. The big input companies (there’s only about eight) rule over American farmland like kings, extracting value from farmers to hit their neat 10% margins no matter how long corn is at $3.50 a bushel. Farmers sell in the world’s free market, and buy in one ruled by be-logoed tyrants.

If we want to revitalize the American food system, let’s start by fighting for free and fair markets for farm inputs. By making the materials needed for farming more fairly and transparently bought and sold, we’ll lower the barrier to becoming a farmer and give existing farmers the ability to plan better, to optimize the way they farm, and to make investments in the future of their operations.

I believe that we will, in the true legacy of our agricultural forefathers, stand together to push back against the practices that pit farmer against farmer. We will use the tools at our disposal; our technology, our grit, our idealism, and the strength of the rural communities that we’ve built and preserved, to fight for freedom, for fairness, and for a food system that could rightly, without caveat or reservation, be called the best in the world.