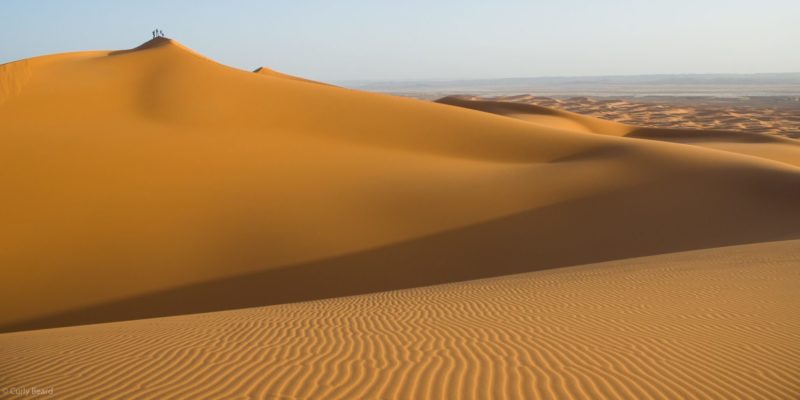 As temperatures continue to heat up this summer, a recent study in India has shown how climate change has caused summer temperatures to rise to dangerous, even deadly, levels. As is always the case with natural disasters, those who are disproportionately affected are the most vulnerable, poorest sectors of society.

And what’s happening in India is only an example of what the rest of the world can expect, in one form or another:

A study published in Science Advances shows that as average summer temperatures in India rose 0.5 oC from 1960 until 2009, the chance of a heat wave causing more than 100 deaths more than doubled. As the authors write, their work is far from theoretical: heat waves in 2010, 2013, and 2015 each killed thousands of people across the country. In May 2016, the northwestern city of Jaisalmer recorded India’s most intense heat wave ever, while just last month a city in nearby Pakistan recorded a temperature of 53.5 oC (over 128 oF)—the hottest temperature ever measured on Earth in the month of May.

If this warming were happening in a place where most people had a way to get cool, it might not be quite as dangerous. But about 24 percent of India’s 1.24 billion people live on less than $1.25 a day, putting central air conditioning far out of reach. These are the people who will be—and indeed already are—disproportionately affected by climate change. And it’s going to get worse: by the end of the century, India is projected to warm another 2.5 to 5.5 oC.

The work is just one aspect of how climate change is exacerbating global inequality, and figures to continue doing so for the foreseeable future. … Richer people and countries will be better equipped to adapt. And in a cruel twist, some of those nations, particularly in northern Europe, might actually get a boost in GDP as their cold climates get increasingly balmy.