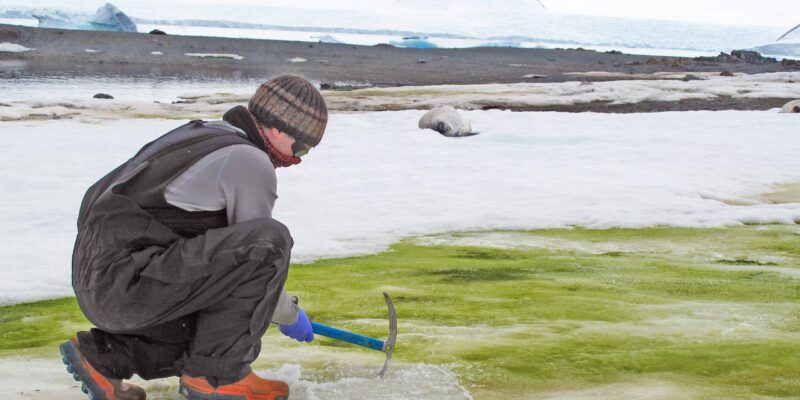 There's so much 'green snow' in the Antarctic, you can see it from space

Caused by algae blooms, green snow is now so prevalent across the Antarctic Peninsula that it can be seen from space. Green snow is not new to the icy continent — “Ernest Shackleton even noted them on his ill-fated 1914 expedition” — and covers a tiny fraction of the Antarctica’s land-mass. But there is concern warmer temps will see continued growth of the algae blooms: “As Antarctica warms, we predict the overall mass of snow algae will increase.”