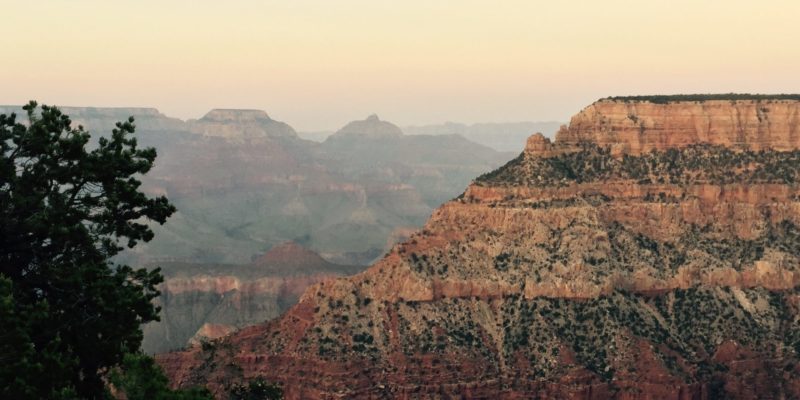 The Grand Canyon In Danger From Mining

In a move that could contaminate the water running through the Grand Canyon, Arizona and Utah officials are asking the current administration to lift a ban on uranium mining near the national landmark. Stating economic and legal reasons, regional leaders have drafted letters directed to the head of the Department of the Interior asking that the government get rid of the 20-year ban which was put into place in 2012.

And that’s not all they plan on asking for:

[Officials] argue the [ban] is unlawful and stifles economic opportunity in the mining industry. But supporters of the ban say new mining activity could increase the risk of uranium-contaminated water flowing into the canyon. Past mining in the region has left hundreds of polluted sites among Arizona’s Navajo population, leading to serious health consequences, including cancer and kidney failure.

The Mohave leaders also plan to dispatch a second letter on Monday asking the federal government to scrap national monument protections for lands of natural wonder “throughout Arizona”, claiming their designation is unconstitutional and prevents economic development of coal, oil and gas deposits. Utah leaders will follow with letters requesting the government shrink national monuments in southern Utah, such as Bears Ears and Grand Escalante, in order to open up a greater area for mineral exploitation, the Guardian has learned.

The battle to restore mining activity near the Grand Canyon is part of broader push by conservatives to roll back protections on America’s 640m acres of public land. Earlier this year, Congress reversed the Bureau of Land Management’s “Planning 2.0” rule, an Obama-era initiative that gave the public greater input on how land should be used. At the same time, Interior Secretary Ryan Zinke has ended the moratorium on federal coal leases while pledging to open up public lands to greater oil and gas extraction. Trump has also ordered Secretary Zinke to review 27 national monument designations and report as to whether some parks might be reversed or reduced in size.