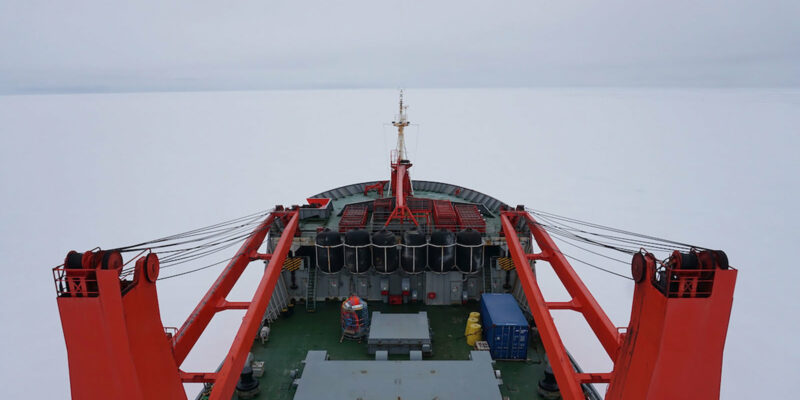 Going with the Floe

One of the most ambitious polar science expeditions in history just passed a critical hurdle.

After months of monitoring the ice by satellite and several days of surveying specific ice floes in the central Arctic Ocean, the scientists of the Multidisciplinary Drifting Observatory for the Study of Arctic Climate (MOSAiC) have selected the piece of ice they plan to freeze into for the next year.

Researchers struggled initially to find suitable ice, encountering extremely thin ice conditions at many of the floes they surveyed. But on Friday they officially announced that they found a piece of ice radically different from the others in their survey area that’s large and thick enough to meet the needs of the mission.

The MOSAiC design involves freezing the German icebreaker Polarstern into the ice for a whole year and collecting a vast array of data to better understand Arctic climate change and improve how the Arctic is represented in climate models.