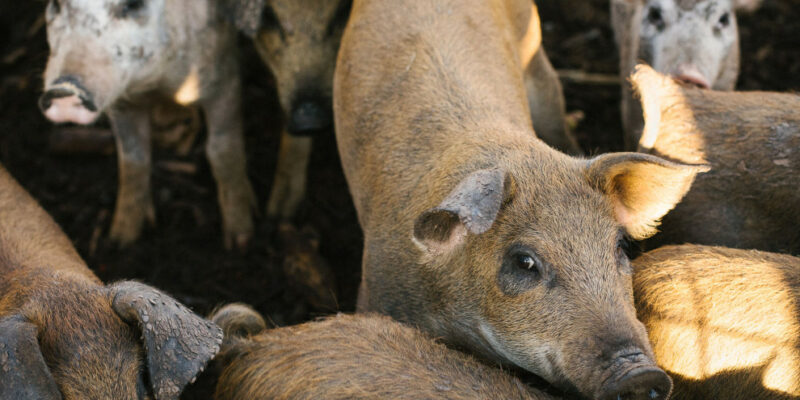 Garbage In. Bacon Out

Pigs will eat just about anything, which is why feeding them food scraps is a time-tested technique for getting rid of leftovers on the farm.

On Polk’s Folly Farm in the East Mountains of New Mexico, brothers Zach and Ethan Withers have taken this concept to the next level. They inherited the 40-acre farm from their grandmother, who raised horses. Zach and Ethan decided to raise heritage breed hogs, which they butcher and sell as cuts of meat at local farmers markets. And they feed their pigs almost exclusively from local scraps.

Most mornings, and sometimes multiple times a day, the Withers take their truck and trailer around to local grocery stores, mills, breweries, and distilleries to collect vegetables and grains that would normally go into the trash. They lug the bags of food scraps and spent grain back to their farm, where they feed it to the hogs. The Withers estimate that Polk’s Folly Farm saves about 75,000 pounds of trash from going to the landfill every month.