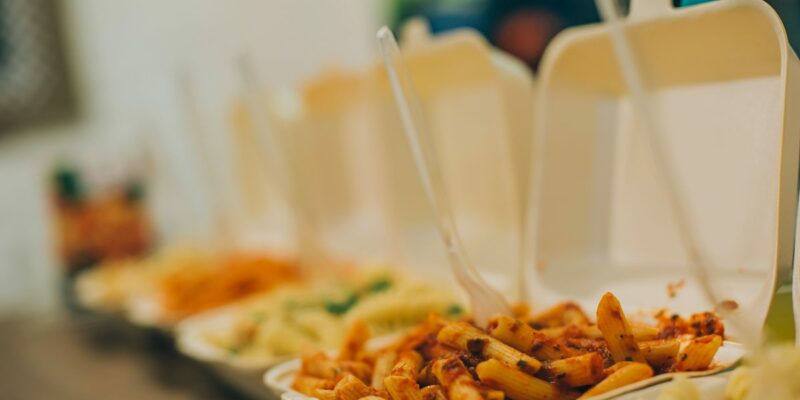 Over the last 15 years, San Francisco-based World Centric has been a leader in the $16 billion environmentally friendly compostable food packaging industry.

The company’s molded fiber and paper-based bowls, plates, and to-go ware have long served as replacements for destructive styrofoam. However, World Centric and the rest of the industry recently learned some shocking news: Some of their products were no more biodegradable than styrofoam because they contained a highly toxic chemical called PFAS, which help the containers repel liquid and grease.

The compound, also called per- and polyfluoroalkyl chemicals, are part of a class of about 5,000 fluorinated compounds that companies like DuPont and 3M have produced for decades. They’re dubbed “forever chemicals” because they don’t break down, and they’re linked to a range of serious health problems.

World Centric isn’t alone. In recent years, a series of studies revealed a large portion of compostable and paper food packaging is contaminated with PFAS. The company acted quickly, however, and is now part of a massive, industry-wide effort to remove PFAS products from their catalogs.