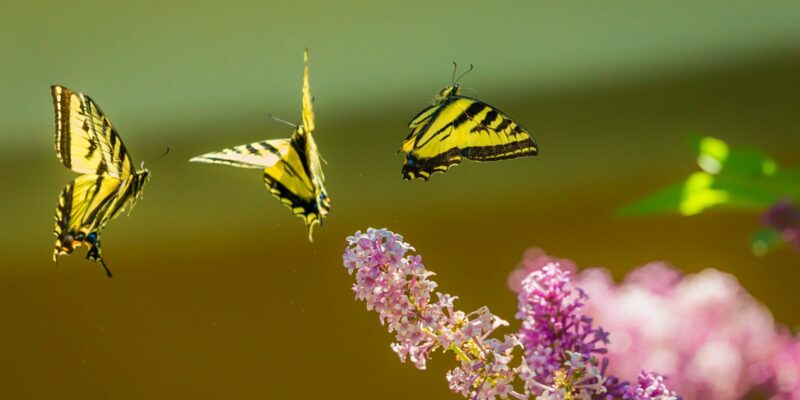 Because of, you guessed it, climate change

In South Florida, dozens of butterflies species are endangered as climate change threatens their survival. And as one butterfly enthusiast puts it, if butterflies are disappearing in the region which usually attracts between 160 and 180 different species of the winged-creatures, “you gotta ask what’s going on.”

Every year when summer temperatures sizzle and the rest of South Florida heads inside, a dedicated crew of citizen scientists ventures into the buggy heat to do an increasingly difficult job: count butterflies.

For the last quarter century, the North American Butterfly Association has tallied the nation’s population of butterflies three times a year, including the Fourth of July butterfly count now occurring in Florida through July. But across the nation, and particularly in Florida, finding butterflies to count is getting more difficult as habitats continue to vanish and climate change makes butterflies’ brief lives ever more perilous.

Since he started counting butterflies in Florida, [wildlife biologist and butterfly expert Mark] Salvato said both the number and diversity have declined. Because they react so quickly to changes, butterflies have been used to detect effects from climate change, which can occur faster than with mammals or birds. Warming temperatures prompted the furry brown three-spotted skipper, which looks more like a moth and feeds on grasses, to head north to Gainesville. A decade ago it was not seen outside Miami-Dade County, Salvato said. The Fulvous hairstreak, another brown butterfly that feeds on Brazilian pepper, is now showing up north of Melbourne.