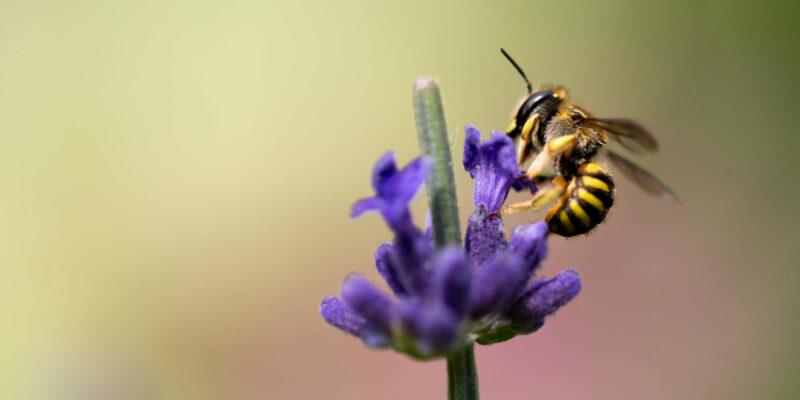 Learn more about these honeymakers

We all know bees are dying globally at an alarming rate, but what else do you really know about them? This article has five facts about honeybees you should know. Here are the first three:

1. Smoking the hive prior to entering triggers a response that bees feel in the presence of a forest fire.

Before entering the hive, beekeepers add cedar shavings and burlap to a hive smoker. A smoker is a stainless steel device with a long nose and built-in bellows used to create a smouldering fire that funnels smoke out the top, so that it can be aimed at the hive.

Smoking the hive creates a feeding response in bees. They fill their bellies with sweet honey in anticipation of a long flight after abandoning the hive due to fire. When a bee’s belly is full, it is difficult for them to engage the muscles necessary to sting, making it safer for beekeepers to enter.

You may already know that the sweet, thick liquid that you enjoy on your breakfast toast or your afternoon tea is the food bees make after foraging nectar from flowers.

But did you know that nectar is converted to honey when the bee regurgitates the liquid and stores in honeycombs inside the beehive?

Bees ingest and regurgitate the nectar many times until it is high enough in sugars to be stored as their food source. They continue to fan the honey in the honeycombs with their wings to continually evaporate more water from the liquid, which prevents fermentation.

The bees then cap the cells with two layers of beeswax to seal their honey for consuming later.

3. Honey made in different locations can taste different, even when made as close as across town.

The colour and taste of honey will differ depending on the source of nectar or the species of flowers in bloom. Each flower has its own unique nectar and flavour that is reflected in the taste of the honey.

Growing and blooming seasons will determine the taste of honey. For example, clover honey is light in colour and mild in flavor whereas buckwheat honey is quite dark and strong tasting. When honey is collected after corresponding growing seasons, different flavours and types of honey can be separated and packaged. In Ontario, many interesting honeys are available including blueberry, lavender, and goldenrod.