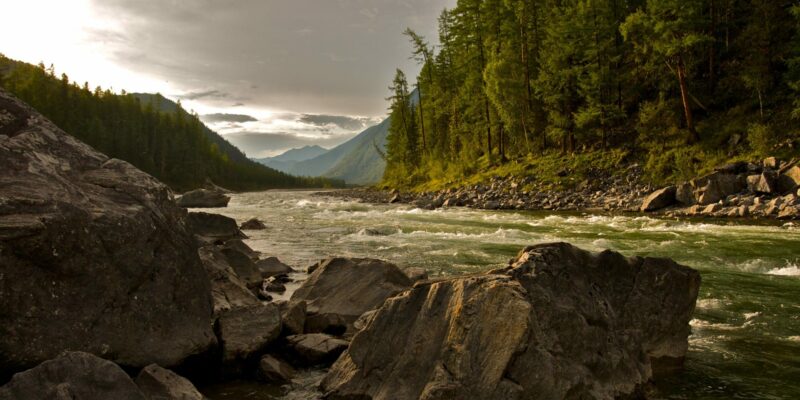 Fish Out of Water

California regulators proposed leaving more water in the San Joaquin river to increase the natural river flow by 10%-30%. This would mean that endangered fish would be more protected in a river that is now merely a “trickle” at times. .

The Sacramento Bee discusses the reasons for this proposal:

To protect endangered fish at critical parts of their life cycle, regulators proposed leaving hundreds of thousands of additional acre-feet of water in the San Joaquin River system. As little as 20 percent of the river now flows unimpeded to the Sacramento-San Joaquin Delta, and regulators said they want the so-called “natural” flow raised to at least 30 percent and perhaps as high as 50 percent.

The proposal by staff members at the State Water Resources Control Board is yet another effort to improve the ecosystem of one of California’s most overused river systems, where flows sometimes drop to a comparative trickle. Overhauling the San Joaquin system is sure to add new drama to the conflicts over California’s stretched water supply, a situation that has been complicated by the onset of drought five years ago.

The five-person board will gather input from farmers, environmentalists and others before voting on a plan, likely early next year.

The several thousand pages of documents released by the water board represent the first phase in a sweeping set of regulatory updates that eventually will determine just how much water must be left in the Delta ecosystem. Felicia Marcus, the board’s chairwoman, said the standards haven’t been updated since 1995.

“The current standards are out of date, and fish populations have plummeted,” she said on a conference call with reporters. The fish “need far more water left in the river to have a chance at survival.”

She also said regulators are trying to minimize harm to farms and cities – a task that she admits won’t be easy.