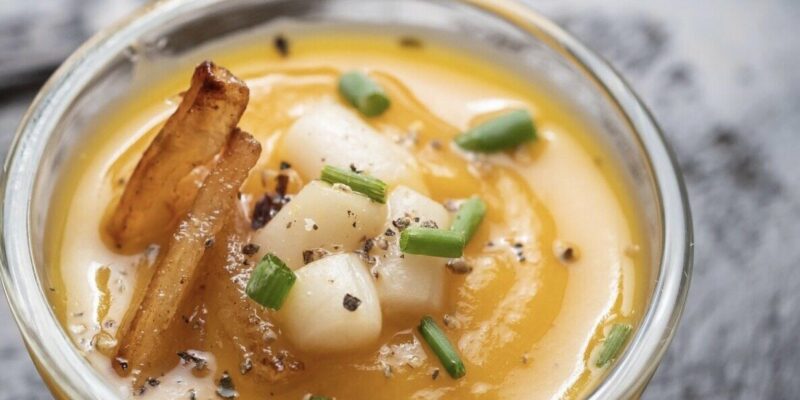 A San Diego foodtech startup has grown fillets of yellowtail fish entirely from cells, making the local company one of the most scientifically advanced in the world of lab-grown seafood.

The startup, called BlueNalu, is less than 2 years old and yet it has hit a scientific milestone many researchers only dream of. In front of a small crowd gathered at San Diego Bay last week, the startup’s chef prepared the lab-created yellowtail fish in a variety of ways, from fish tacos and poke to seafood bisque.

For those unfamiliar with cell-based seafood products, they are made of real fish meat and fat — or what we call “fillets” — grown through cell cultures in a food manufacturing facility. The hope of companies like BlueNalu is to meet the demand for real fish products while addressing ethical and environmental concerns of eating fish.

While the process is unfamiliar to the average person, the company’s founders say the lab-made seafood products aren’t any more unnatural than, say, Greek yogurt, which also requires the culturing of cells.