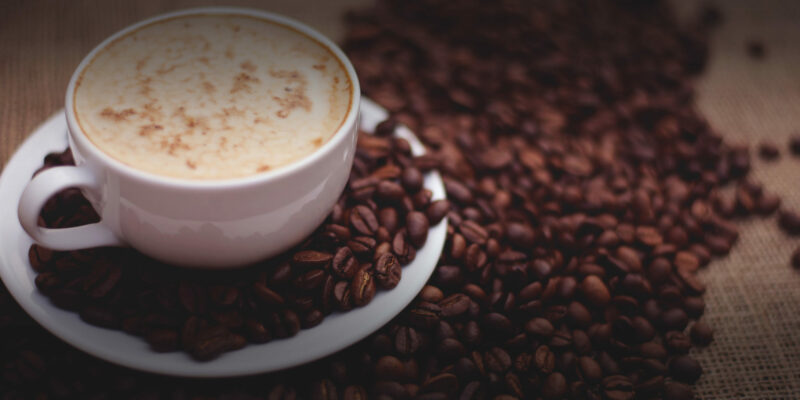 These coffee businesses are taking measures to be more environmentally friendly

One more reason to be upset about climate change- over the next three decades, it could lead to the loss of half of the land currently used to grow coffee beans. At the same time, the coffee industry contributes to climate change by producing large amounts of greenhouse gas. Civil Eats has a list of ten coffee businesses that have taken it upon themselves to break out of this cycle.

Here are the top three and what they are doing to be more environmentally friendly:

Experts tell us that climate change is already beginning to have a substantial impact on the coffee-producing regions of the world. As temperatures rise and weather patterns change, existing coffee lands could decrease in size by as much as 50 percent over the next three decades, say organizations such as Conservation International. As coffee farms move up mountains to escape rising temperatures, the resulting deforestation could exacerbate the problem even more.

Ironically, coffee is one of a number of industries that are aggravating the problem by producing large quantities of greenhouse gas (GHG). A 2012 study that followed coffee from Costa Rica to Europe, showed that 53 percent of GHGs produced by the coffee industry occur on the roaster side, in cafes, through activities such as heating water, turning on the lights, and producing waste in the form of to-go materials.

“It replicates a global issue related to climate change,” Hanna Neuschwander of World Coffee Research told Civil Eats over email. “Coffee drinkers generate the most CO2, and coffee farmers pay the highest price for it.”

In 2015, Kickapoo Coffee Roasters, based in the southwestern Wisconsin town of Viroqua, took advantage of a federal grant offering a 30 percent tax break to convert its roasting facility to solar power. With a new 80-panel solar array installed and hooked up to the local grid, the company achieves a balance over the course of the year and covers 100 percent of its electricity usage with solar power. For taking advantage of the program, the company received a $25,000 tax credit this year.

The idea of going solar to help offset climate impact was not as attractive for Counter Culture as it was for Kickapoo in Wisconsin. “In North Carolina, tax incentives, refunds, rebates [for solar power] are not good,” says Sustainability Manager Meredith Taylor. Instead, Counter Culture buys wind-energy credits from Arcadia Power to help account for the electricity usage at their roasting and training facilities.

The company offsets additional carbon emissions (most of which are from shipping) by buying carbon credits managed by the AMBIO conservationist cooperative in Chiapas, Mexico. The roaster also added a second location in Emeryville, California last year to cut down on long-haul shipments to its 44 West Coast wholesale clients.

At the forefront of environmental sustainability, Portland Roasting Coffee built their energy-conscientious reputation by championing the Specialty Coffee Association of America’s START program, a comprehensive corporate-grade software used to track energy usage on a per-pound basis.

Portland Roasting has used this program to record impact metrics related to the coffee’s life within U.S. borders, from the moment it enters the U.S. port of call in its raw, green form to the moment roasted coffee lands at nationwide wholesale accounts. It also tracks many of the details in between, including daily employee transportation to and from work. It uses the results to determine how many carbon offsets it must purchase, and to great effect—Coffee Director Nathanael May says the company has been carbon neutral every year since it began gathering data in 2007.