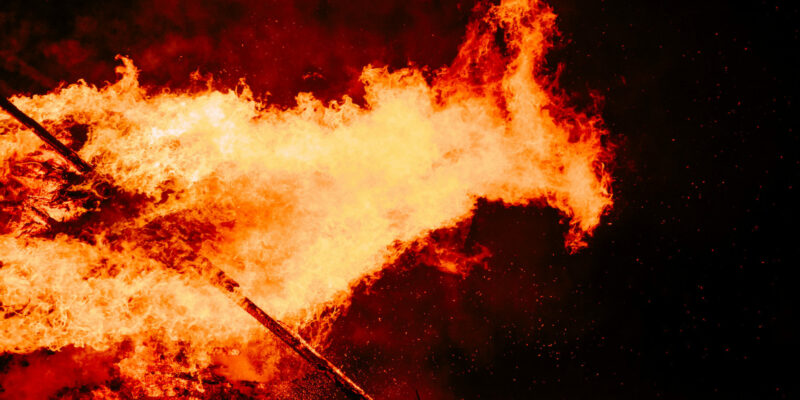 The Midwestern wildfire spanning across four states, has killed six, ABC News reported last week. Thousands more have been displaced from their homes as the fire rages on. Analysts say that dry temperatures and strong winds contributed to the start of the fire. Kansas has been in a drought for several years, and finally got high rainfall this year, but the rainfall only provided taller grass and more fuel to the fire.

ABC News reports on the recent casualties of the natural disaster:

Kansas wildfires have burned about 625 square miles of land and killed one person. The Kansas Highway Patrol said Corey Holt, of Oklahoma City, died Monday when his tractor-trailer jackknifed as he tried to back up because of poor visibility on a Kansas highway, and he succumbed to smoke after getting out of his vehicle. Two SUVs crashed into the truck, injuring six people, state trooper Michael Racy said.

Most of the state’s charred land is in Clark County, where 30 structures were damaged, said Allison Kuhns, a county emergency management office spokeswoman. About half of those structures are near Englewood, one of two communities evacuated. Kuhns said there also have been significant cattle losses as entire ranches were engulfed.

That fire started in Oklahoma, where it burned an estimated 390 square miles in Beaver County. Officials say a separate blaze scorched more than 155 square miles of land in neighboring Harper County, Oklahoma, and was a factor in the death of a woman who had a heart attack while trying to keep her farm near Buffalo from burning.