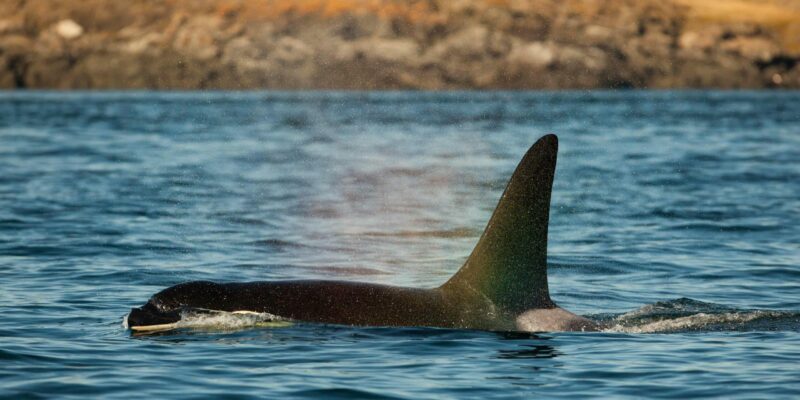 A pod of orcas is starving to death. A tribe has a radical plan to feed them

Bobbing on the gray-green waters west of Washington state’s San Juan Island, Sle-lh’x elten Jeremiah Julius lifted a Chinook salmon from a 200-gallon blue plastic fish box. He carried the gulping fish to the boat’s rail and slid it into the sea, where it lingered a moment, then disappeared in a silver flash.

It was a quietly radical act.

This sea once teemed with the giant salmon, which in turn sustained thriving pods of orca. Today wild Chinook fisheries are in decline, and the orcas are starving. Julius is the chairman of the Lummi Nation, a tribe pushing an unorthodox policy. They are feeding salmon to the wild whales.

Numbering close to 100 two decades ago, the population of southern resident orca has dropped to just 75 as a result of pollution in their environment, ship noise that drowns out their sonic communication and hinders their hunting, and, most crucially, a paucity of wild Chinook. Older whales have been seen wasting away, miscarriages are on the rise, and infant orca born alive are not surviving to adulthood. Last year a mother whale, Tahlequah, carried her dead calf for two and a half weeks in a scene that sparked an international outcry.